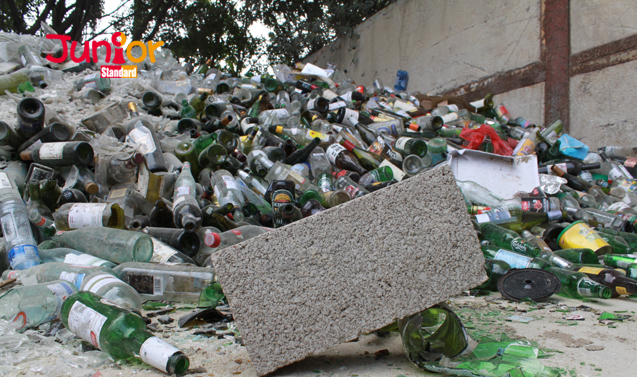 A levy on glass beverage bottles should not exceed 50 HK cents, while the proposed charge of HK$1 would cost the industry HK$300 million year, say industrialists.

The question was brought up at a Legislative Council bills committee meeting on the government proposed levy on glass beverage containers to reduce waste and encourage recycling.

The Federation of Hong Kong Industries (香港工業總會) told legislators that a heavy levy on suppliers would only be passed on to consumers and may not drive the public to reduce waste.

It suggested that instead the government should offer economic incentives to both consumers and suppliers.

Wholesale and retail sector lawmaker Vincent Fang Kang (方剛) said the federation calculations indicate that those in the government do not know what is happening in the private sector and how people are conducting their business. Fang, a member of the Liberal Party (自由黨), also feared the government would expand the scope of the bill to include other glass containers.

The catering industry said it is difficult to recycle glass bottles as it is noisy to transport them. It doubted the effectiveness of a levy in the absence of an effective recycling system.

Deputy director of environmental protection, Howard Chan Wai-kee, (環境保護署副署長陳偉基) said about 200 tonnes of bottles are dumped in landfills every day.

(This article is published on Junior Standard on 7 December 2015)