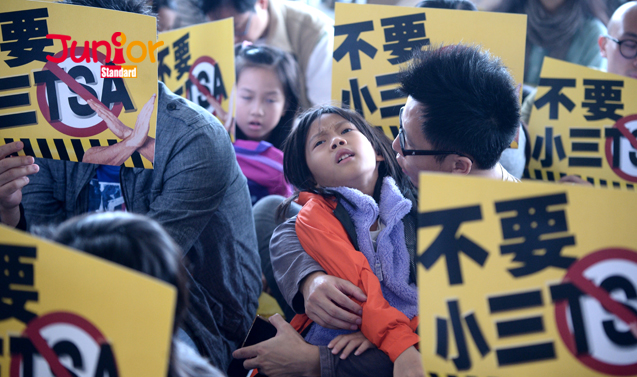 The government is willing to make “major adjustments” to the much-criticised Territorywide System Assessment (全港性系統評估) which is under review by a coordinating committee.

Acting Secretary for Education Kevin Yeung Yun-hung (署理教育局局長楊潤雄) said this at a special meeting of the Legislative Council Panel on Education. A total of 125 opinions from concerned citizens were heard during the meeting.

The basic competency assessments for Primary Three and Six and Secondary Three pupils started in 2004 for the Education Bureau (教育局) to keep track of pupils’ study progress and schools’ education results. But now parents groups want it scrapped.

Yeung said, “If we eventually find out that we cannot change the over-drilling for TSA, and we cannot make the schools stick to the original purpose of the TSA, we are willing to make some significant adjustments.”

But he said the contents of the adjustments will depend on the review committee’s result, which are expected to be out in January or February.

Democratic Alliance for the Betterment and Progress (民建聯) chairwoman Starry Lee Wai-king (李慧) said the party might support cancelling the TSA if the government failed to conduct a comprehensive review. Education lawmaker Ip Kinyuen (葉建源) urged the government to suspend the TSA while it is being reviewed.

Tong Chung-yee, a mother of a Primary Two student, said the Secretary for Education Eddie Ng Hak-kim ‟has a holiday today, but my son has no genuine holiday”.

(This article is published on Junior Standard on 4 December 2015)