New weapon in war on malaria 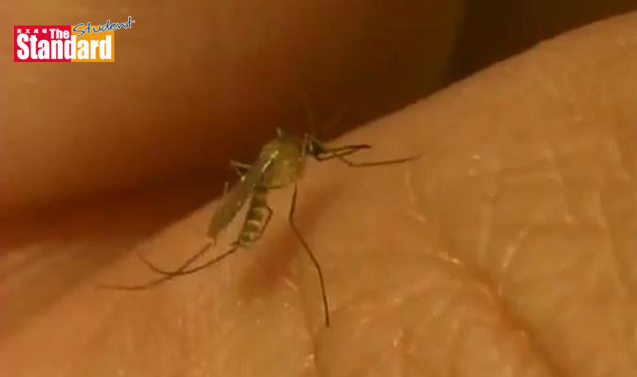 SCIENTISTS aiming to take the bite out of malaria have produced a strain of mosquitoes carrying genes that block its transmission, with the idea that they could breed with other members of their species in the wild and produce offspring that cannot spread the disease.

The researchers said they used gene-editing on a species called Anopheles stephensi that spreads malaria in urban India (印度).

They created mosquitoes with genes that prevent malaria transmission by producing malaria-blocking antibodies that are passed on to 99.5 percent of offspring.

The goal is to release genetically modified mosquitoes to mate with wild mosquitoes so that their malaria-blocking genes enter the gene pool and eventually overrun the population.

“It can spread through a population with great efficiency, increasing from one percent to more than 99 percent in 10 generations, or about one season for mosquitoes,” University of California-San Diego (加州大學聖地牙哥分校 ) biologist Valentino Gantz said.

Biologist Ethan Bier, from the same university, called this a “potent tool in sustainable control of malaria,” as all the mosquitoes in a given region would carry anti-malarial genes.

“We do not propose that this strategy alone will eradicate malaria,” University of California-Irvine molecular biologist Anthony James said.

But in conjunction with treatment and preventive drugs, future vaccines, mosquito-blocking bed nets and eradication of mosquito-breeding sites, it could play a major role in sustaining the elimination of malaria, James said.

Other scientists also have been working to create genetically engineered mosquitoes. One group last year said it created a strain carrying a gene leading nearly all offspring to be male, which could cause wild populations to plummet.