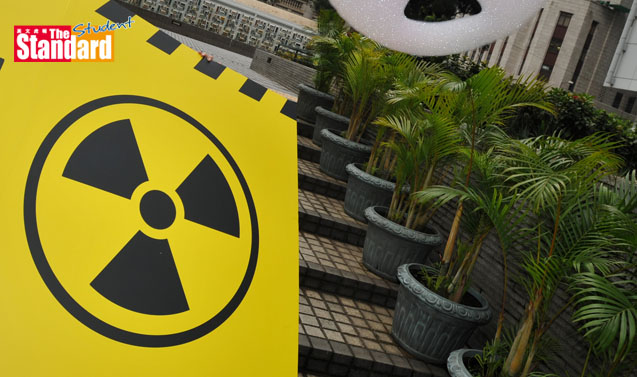 JAPAN’S (日本) government is aiming to restart a nuclear reactor by around June.

The move follows a lengthy and politically sensitive approval process in the wake of the Fukushima (福島) disaster, sources said.

Prime Minister Shinzo Abe’s (安倍晉三) government has been pushing to bring some of the country’s reactors back online after all 48 closed following meltdowns at the Fukushima Daiichi (福島第一核電廠) plant in March 2011, arguing they are key to economic growth.

A reboot in what was once the third-biggest user of nuclear power would boost its utilities, which have been hit by huge losses as they switch to fossil fuels and upgrade nuclear plants.

But it would be controversial in a nation where most oppose nuclear power, with memories still fresh of the worst atomic crisis since the Chernobyl disaster in 1986.

“We urge the government to take into full consideration the tremendous suffering from the nuclear power plant accident and make sure that future policy ensures the safety and peace of mind of all citizens,” Fukushima Governor Masao Uchibori (內堀雅雄) said, when asked about restarts.

Kyushu Electric Power Company (九州電力) will be given the greenlight to restart two nuclear units in southwestern Japan, with June pencilled in for the first unit, according to three sources familiar with the government’s thinking. They declined to be identified as they were not authorised to speak with media.

By June, Japan’s Nuclear Regulatory Authority (原子力規制委員會) is expected to have completed the final checks and appraisal of the reactors at Kyushu Electric’s Sendai (核電廠仙台) station, letting Abe give the final go-ahead after local authority approval late last year.

A June restart would also mean local elections scheduled for April would be out of the way, giving the government some leeway to take such a potentially unpopular step.

An industry ministry spokesman said no announcement had been made on Sendai’s restart date.

A gradual return to nuclear power would not immediately end Japan’s heavy reliance on fossil fuel imports that has stoked a record trade deficit.

Demand for coal and liquefied natural gas, which has hit successive records as nuclear plants were shut down, will likely remain high, analysts have said.