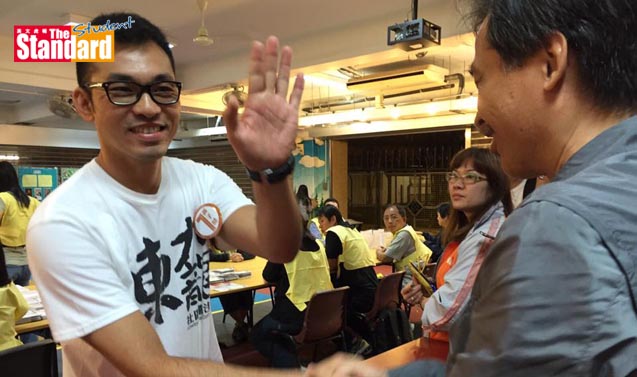 HONG Kong’s pro-democracy movement got a boost on Monday with about eight candidates who were involved in crippling protests last year winning office at the District Council elections, while some veterans from both sides of the political divide suffered defeat.

The election of the so-called Umbrella Soldiers (傘兵) – named after the 2014 demonstrations in which activists used umbrellas to guard against tear gas and pepper spray – reflects continued support for political change in the SAR.

“The paratroopers are the new force,” said James Sung Lapkung (宋立功), a political analyst at City University of Hong Kong (香港城市大學), referring to candidates inspired by the Umbrella movement. “The paratroopers are a new power, a challenge to the government and the central authorities in Beijing (北京).”

The election of candidates who took part in the protests now casts them in a legitimate political light, in contrast to how they were perceived by some during the demonstrations.

At least 40 candidates who took part in the democracy protests, or were inspired by them, ran in the elections.

The mixed results from the elections, in which a record number of people voted, will not significantly change the numerical make-up of pro-democracy and pro-establishment groups.