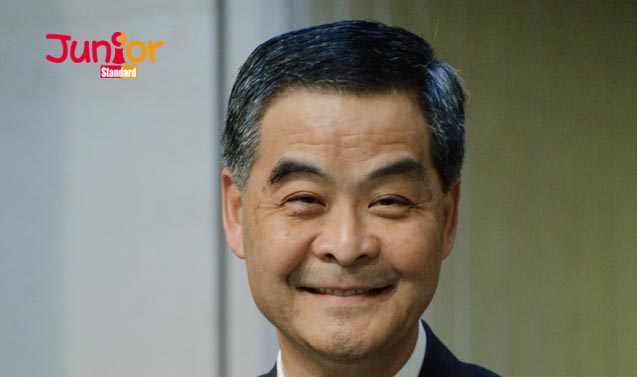 ENGLISH as an official language and medium of instruction in Hong Kong can help the SAR play a role in the country’s “One Belt, One Road” (一帶一路) policy, Chief Executive Leung Chun-ying told President Xi Jinping (習近平).

With its English skills background, Hong Kong would look into how to attract teenagers from economies along the belt to come here for education, Leung said.

Leung and Xi met on the sidelines of the Asia-Pacific Economic Cooperation (亞太經合組織) talks in the Philippine (菲律賓) capital Manila (馬尼拉).

He also presented the SAR’s plans to facilitate the one-belt policy, which aims to step up cooperation in Asia, Africa and Europe in policy, funding, trade, social development and infrastructure.

Hong Kong may also serve as a ‘superconductor’ (超級聯繫人) in technological exchanges along the belt, he suggested.

Hong Kong’s other advantages in implementing the one- belt policy include ‘one country, two systems’; a high degree of internationalisation; and the abundance of youth, professional and non-governmental organisations studying the policy.

(This article is published on Junior Standard on 25 November 2015)