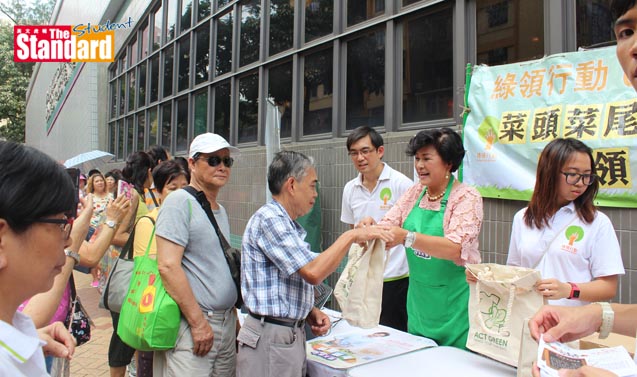 THE Audit Commission (審計署) slammed the Environment Bureau (環境局) for taking piecemeal action in controlling food waste, some 1.18 million tonnes of which were disposed of in landfills in 2013, up 13 percent from 2004.

The Correctional Services Department (懲教署) and Hospital Authority (醫院管理局) were among the worst wasters of food.

The commission estimated that an average patient would waste 0.31 kilograms of food each day based on records from all 38 public hospitals from July to August.

A Hospital Authority spokesman said: “In fact, the quantity of food waste in public hospitals has seen a decreasing trend in recent years with the launching of a series of measures such as the saverice programme, adjusting the quantity of food supply to individual patients based on need.”

He said the authority will “seriously consider” the audit recommendation of periodically publishing food-waste quantity.

Meanwhile, the audit report also pointed out that the HK$16m Kowloon Bay Pilot Composting Plant (九龍灣廚餘試驗處 理設施) may only handle a quarter of the food waste that the government claimed.

The Environment Bureau boasted in 2009 that the plant could handle up to four tonnes of food waste a day, but the audit found that up to June this year it only handles 0.89 tonnes daily since it was put into use in 2008.

The commission also found that a third of vacant school premises have not been returned to the government even though they have been idle for an average of 11 years, with one school unused for over 35 years.

Of 234 vacant school premises in the Education Bureau (教育局) database, 105 were not being used as of April 30 this year.