Study: one in three eateries’ drinks high in sugar 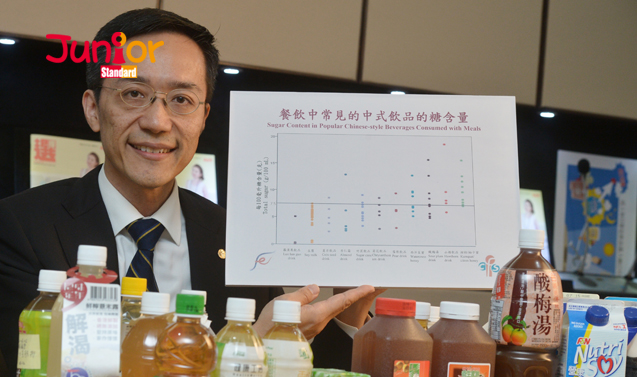 ABOUT one-third of sweet drinks served at Chinese restaurants, hotpot restaurants and supermarkets could be sugar bombs.

This is the finding of a joint study on 141 samples covering 11 types of beverages by the Consumer Council (消費者委員會) and Centre for Food Safety (食物安全中心).

Of the samples, 101 were non-prepackaged beverages from Chinese restaurants, hotpot shops and cha chaan tengs, and 40 were prepackaged drinks from supermarkets and other shops.

The study found 44 of the drinks had more than 7.5 grams of sugar per 100 millilitres, which is considered high.

The lowest among the 11 types of drinks were the Buddha fruit drinks, which contained 1.2g of sugar per 100ml.

A cold hawthorn drink from a Tsim Sha Tsui restaurant reached the highest, 19g per 100ml, followed by a hot citron honey from a shop in in Tuen Mun,16g, and a sour plum drink from a hotpot and seafood restaurant in Mong Kok.

(This article is published on Junior Standard on 23 November 2015)