Homemade plane no flight of fancy after 7 years’ planning 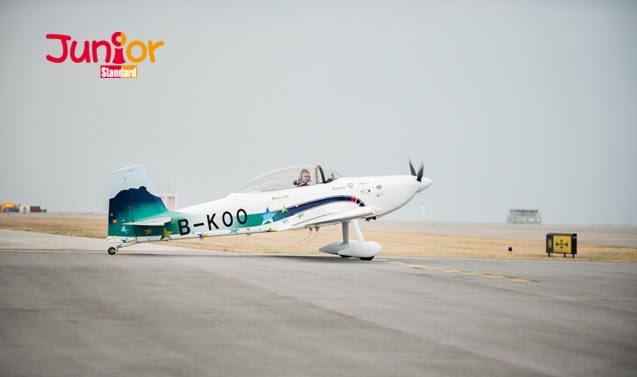 HONG KONG’s first home-built aircraft BKOO Inspiration took off on its maiden flight after seven years of labour for its pilot builder and his team of hundreds.

The 6.4-metre-long, kit-built RV-8 single-engine aeroplane, complete with registration and certification, reached 914 metres and flew for about 10 minutes before landing safely.

It fulfilled the dream of pilot Hank Cheng Chorhang (鄭楚衡) as well as more than 500 people who helped build it.

The Cathay Pacific (國泰航空) pilot took off along the northern runway of Chek Lap Kok airport at 7.30 am.

Cheng said it was an “indescribable” experience seeing his plane – which he calls his “baby” – fly.

The crowd who watched the maiden flight, which included relatives, friends and students of St Paul’s Convent School (聖保祿學校) in Causeway Bay, shouted back: “We are very touched too!”

Cheng, who grew up in Hong Kong, studied aerospace engineering at Embry-Riddle Aeronautical University in the United States and joined Cathay Pacific in 2001 as a second officer after graduating from the airline’s Cadet Pilot Programme. Currently a captain on the Boeing 777 fleet, he had always dreamed of building his own aircraft locally and flying it around the world.

The plane, designed by Vans Aircraft, was assembled with the help of students at St Paul’s Convent School. Cheng said this was special as it meant he could teach students aviation knowledge at the same time.

(This article is published on Junior Standard on 20 November 2015)