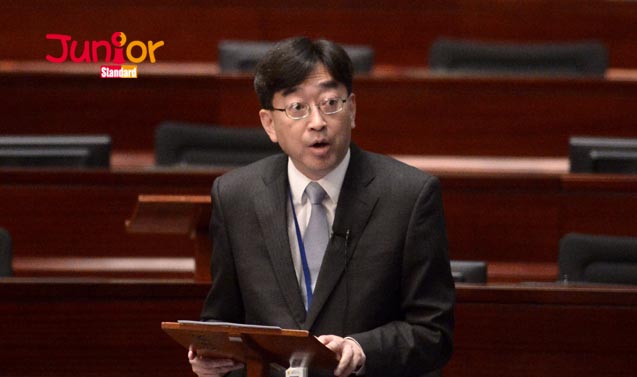 Secretary for Food and Health Ko Wing-man (食物及衞生局局長高永文) reiterated that lunch suppliers of primary and secondary schools are required not to serve processed meat on more than two school days per week. These included bacon, ham, sausages and luncheon meat, he said.

He said in fact the government has been recommending for years that schools, pre-primary institutions and elderly home service providers use fresh, not processed meat.

The health chief was responding to legislators’ questions on the World Health Organisation’s (世界衞生組織) earlier warning that processed meat was carcinogenic to humans.

WHO’s International Agency for Research on Cancer (國際癌症研究機構) estimates that a daily consumption of 50g of processed meat will increase the risk of colorectal cancer by 18 percent.

Ko said the Department of Health has reminded departments and partners to heed the warnings and advice provided in the IARC report.

Ko said he agreed with the WHO assessment but noted the report was not asking people to stop eating processed meat.

Instead, it indicated that reducing consumption would lower the risk of colorectal cancer. He added that processed meat and tobacco smoking are classified as Group 1 on the carcinogen list, but the risk of cancer deaths caused by the two can be very different.

(This article is published on Junior Standard on 18 November 2015)