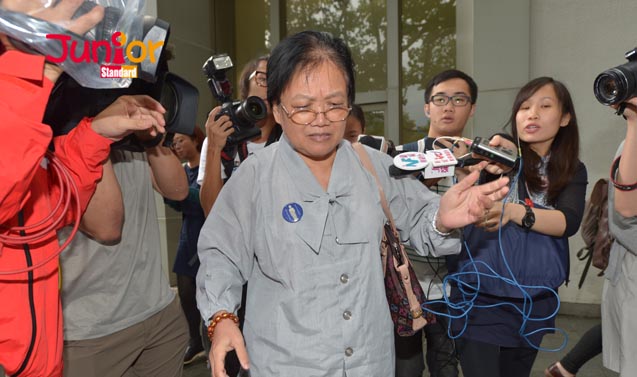 THE grandmother who helped her mainland born grandson stay illegally in Hong Kong for nine years does not have to go to jail.

She has been given a suspended jail sentence so she can continue looking after him.

The offence she has committed was ‘aiding, abetting, counseling or procuring a breach of conditions of stay’ for 12-year-old Xiao Youhuai (肖友懷), or ‘Siu Yau-wai’.

Her lawyer submitted a letter from Youhuai, who said he would prefer to go to prison for his grandmother. The boy said she had spent much effort in raising him.

Principal magistrate (主任裁判官) Andrew Ma Hon-cheung (馬漢璋) said the case was unique and his decision was made after balancing legality and compassion.

The lenient sentence should not set a precedent for future cases, he added.

The case stemmed from Chow’s rebellious daughter, he said. Regardless of the details, it was accepted that Chow assumed the role of a mother and deserved a show of compassion.

The grandmother had been travelling between Shenzhen and Hong Kong over the past four months to see Youhuai, who chose to move back to the mainland in June.

(This article is published on Junior Standard on 17 November 2015)

UK slammed for ...
A DECISION by Britain to strip...