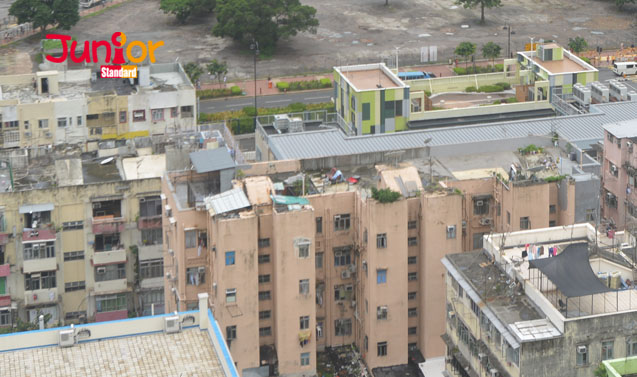 Disputes in the community usually arise from conflicting interests among different groups of people. Land use is one area where such disputes often occur. The problems are acute as Hong Kong is tiny

WITH a land area of just over 1,000sq km, Hong Kong is small relative to its population of 7.1 million. Naturally, people are often talking about the shortage of land. But if you go to the New Territories, you will see vast expanses of green hills and grassland. So where is the shortage?

In fact, only 25 percent of land area in Hong Kong is built-up; 75 percent is countryside, including 440sq km of country parks. But we cannot just dig up the countryside and put buildings there because of the need to conserve our natural environment.

Protected parks
THE 24 country parks in Hong Kong comprise scenic hills, coastlines, beaches and reservoirs for people to enjoy. These places are valuable and must be protected, and the legal framework for managing them is provided under the Country Parks Ordinance (郊野公園條例).

However, from time to time, we need to use land in the country parks for building facilities. For example, the Ngong Ping 360 (昂坪360) cable car runs through a country park. Not all such projects are allowed. The plan to create a new landfill in Tseung Kwan O (將軍澳) was rejected by lawmakers.

Town planning
OVERALL land use in Hong Kong is planned by the government. Each district has a plan setting out the usage of each plot. These plans can be found on the Town Planning Board (城市規劃委員會) website.

Housing estates fall under residential use while parks are under the category of Government, Institution or Community (GI/C), which also covers community centres, schools and museums. Plots must be used according to their designed purpose. You cannot build a factory in a residential zone, or put a residential estate in a green belt (undeveloped land surrounding urban areas).

Frequent disputes
PEOPLE have different opinions on how land is being used, and such differences often lead to disputes. Plans to develop in the countryside are often rejected by green groups, who see conservation as a priority.

There were controversies even on building recreational facilities for the benefit of the general public. When the government proposed to turn a section of coastline in Lung Mei (龍尾), Tai Po (大埔), into a public bathing beach, conservationists objected and wanted to protect the natural ecology there, but their court challenge failed.

However, many residents in Tai Po wanted the facility, as there are few public beaches in that part of Hong Kong. Villagers in the vicinity also supported the plan as it would bring them economic benefits.

Factbox
6.9 percent
Land used for residential purposes only accounted for 6.9 percent of the territory’s total land area in 2013.

Power
The Country and Marine Parks Authority have the power to stop anyone from using land in a country park in a way that would “substantially reduce the enjoyment and amenities of the country park”.

Underground
The government is studying the possibility of using underground space like rock caverns for commercial use and other purposes in urban areas.

East Lantau Metropolis
The government is exploring ways to further develop Lantau Island (大嶼山) and turn it into an East Lantau Metropolis (東大嶼都會). The plan is to reclaim land to transform the area into a core business district such as Central (中環) and Kowloon East (九龍東).

4 sites
The government will put up for tender four residential sites in the first quarter of this year for about 1,500 flats. This will bring private housing land supply for 2014-15 to a record high of nearly 21,000 units.

Marine parks
Hong Kong’s marine environment and its rich collection of aquatic animals and plants, such as corals, sea grasses and dolphins, are protected by the Marine Parks Ordinance (海岸公園條例).