All smiles at historic summit 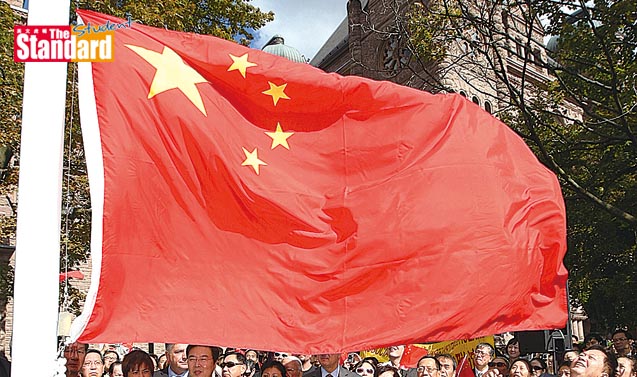 THE summit between the presidents of China and Taiwan (台灣) promised warmer ties and was loaded with
historic symbolism as both men sought to secure their legacy – but there were few concrete results in their bid to mend decades of estrangement.

China’s Xi Jinping (習近平) and Taiwan’s Ma Ying-jeou (馬英九) shook hands for more than a minute in
Singapore last Saturday to herald the start of a meeting once unthinkable due to the enmity between the two sides.

Xi’s rhetoric likened China and Taiwan to part of the same family, while Ma urged cooperation and harmony in a surprisingly cordial exchange.

It was the first time top leaders from both sides had met since the split at the end of a civil war on the mainland in 1949, with Taiwan now a democracy with a fierce sense of its own identity.

But while the language and gestures sought to reflect a message of burgeoning friendship, there were no agreements announced.

“It’s historic, because it’s the first [meeting], but I would not go as far as to say that it’s very important because it was engaged in generalities – no specific issues were addressed, no promises were made that we know of, and Ma Ying-jeou, six months from now, will no longer be president of Taiwan,” said J Michael Cole, a fellow of the
University of Nottingham’s (英國諾丁漢大學) China Policy Institute (中國政策研究所).

The summit was a chance for Ma to publicly seal the dramatic seven-year rapprochement since he came to power and to underline what he says is a legacy of stability and peace for the region.

For Xi, it was an opportunity to reiterate his ultimate ambition of reunification.