The never-ending land use conflicts 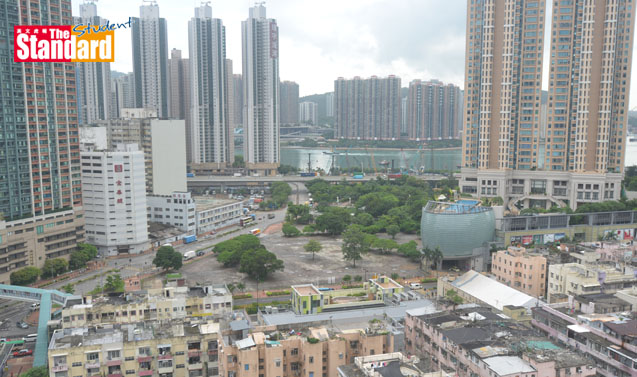 Land is scarce in Hong Kong and people do not always agree on how it should be used, or whose rights should take precedence. These issues have often led to disputes. Competing interests have to be balanced, but the exercise has never been easy – especially for the government

THERE are many land use issues in Hong Kong that have created controversies.

Two major areas of dispute are where the need of development clashes with that of conservation, and when private rights run into public interest.

Development vs conservation
WHEN bulldozers uproot trees, some people see progress and wait with anticipation for new facilities; others lament the loss of more natural countryside.

Yet, as the population continues to grow, land development must go on, and destruction of the natural environment is the inevitable price we pay.

For development to be sustainable, we need to balance the needs of environmental protection, society and the economy.

Much focus of conservation in Hong Kong is on country parks, which are protected by law. Most land of high ecological value, meanwhile, is located in flat land in the parks.

Protests from conservationists have prompted lawmakers to reject a proposal to open new landfills in Tseung Kwan O.

We must remember that country parks help maintain a pleasant overall living environment and using them for development will not only diminish quality of life for the people but also upset natural ecology and threaten biodiversity.

Personal interest vs public interest
WHEN the government proposed to designate Tai Long Sai Wan (大浪西灣) in Sai Kung as a country park and restrict private land there to agricultural use, landowners were up in arms. That was a typical example of how disputes arise when private and public interests clash over land use.

By zoning the area as country park, the government’s purpose was conservation. But this would diminish the value of private land there, and quash the villagers’ economic aspirations.

In fact, similar situations have been occurring over the years as private plots were resumed for various public purposes, including building railway lines, highways or housing estates.

There are legal procedures for public land resumption for public purposes. In doing so, the government is representing the community as a whole, and must limit the amount of compensation as it involves public money.

But what the government considers “fair compensation” may not satisfy the landowners. In some cases, people affected may not want monetary compensation at all. People who have lived in villages for generations may not want to leave.

But minority interests do sometimes have to be sacrificed for the interest of the majority. Whether it is ‘fair’ to do so is a hard question to answer.

Shortage of housing land
WHEN the population grows and new families are formed, demand for housing increases.

In fact, demand for housing in Hong Kong has always been acute, and the shortage of building land has been a chronic problem.

To increase supply of residential land the government intends to release 152 plots in various districts originally zoned for green belt or institutional use, to build homes. This decision was immediately criticised by local residents and green groups.

There is also tension in apportioning land between public and private housing, a tricky balance as there are severe shortages in both types of housing.

No easy solution
It is inconceivable that modern people go back to living in jungles, so more of the natural countryside will have to give way to urbanisation eventually.

But if in the process we kill all forests and vegetation, we will kill natural ecology
and biodiversity, and bring unthinkable consequences upon mankind. Development is inevitable, so we must make sure that it is sustainable.

Exercising restraint and good planning, and taking into account the environment, are the key factors. There is no easy solution, but ensuring development is led by need instead of greed is, perhaps, the closest we can get to a usable guideline!