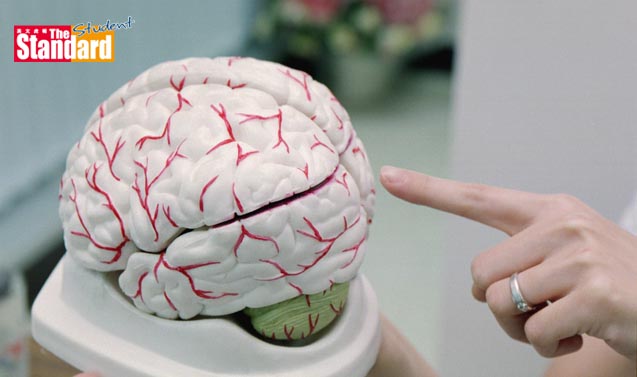 ONE in three elderly people suffers from severe small brain vessel disease that may lead to strokes, according to a screening programme of the Chinese University of Hong Kong (CUHK, 香港中文大學).

Those with the disease are 3.4 times more at risk than normal people of developing cognitive impairment over three years, said CUHK Department of Medicine and Therapeutics (內科及藥物治療學系) professor and research team leader Vincent Mok Chungtong(莫仲棠).

The study is in line with recent overseas medical research. Mok said half of those who started to have small blood vessels obstructed in the brain would show no symptoms in their daily lives.

The disease is diagnosed through an MRI or magnetic resonance imaging test.

Mok said 800 patients aged 65 or above who took part in screening from 2012 to 2015, were those with minor to medium severity of small blood vessel obstructions in the brain, but have never had strokes before.

About 80 percent of those who suffer from the disease have high blood pressure, while smoking habits and high blood glucose are also common causes.

Mok said 35 percent of patients have slight cognitive impairment while 15 percent have a severe cognitive problem.

“There could be very different symptoms between patients who suffer from this disease, ranging from a change in emotions or personality to more physical limitations, such as difficulty in walking,” he said.

At the moment, there is no way to entirely cure the disease once it has developed, said Mok.

“Keeping a healthy diet and lifestyle is always the way to go.”