Facing up to ‘Mask City’ 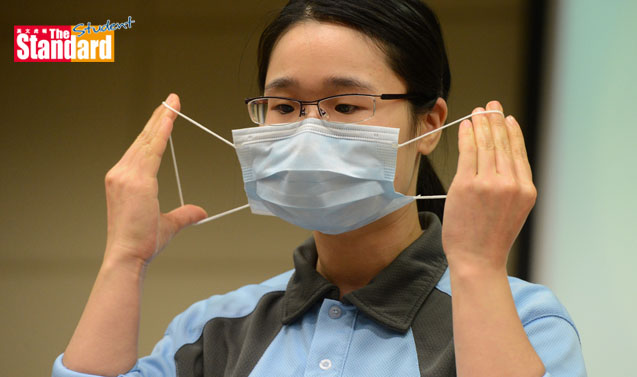 WITH the severe outbreak of flu killing 118 people in two months and the peak still weeks away, questions are being asked whether it is already time to put on surgical masks just like during the fearful SARS period in 2003.

But the controller of the Centre for Health Protection (.生防護中心), Leung Ting-hung (梁挺雄 ), offered a resounding “no” when the question was put to him last Wednesday, saying, “We do not see a need.”

But he did admit flu activity in Hong Kong is “very high” and may increase be strict about hygiene during the Lunar New Year.

As for masks, people in high-risk groups such as the elderly, expectant mothers and the chronically ill should consider that option if they are going into crowded or poorly ventilated places.

Leung was reacting after Secretary for Food and Health (食物及衛生局局長) Ko Wing-man (高永文) was accused by legislators Cyd Ho Sau-lan (何秀蘭) and Kwok Ka-ki (郭家麒) of playing down the current H3N2 flu outbreak, which has caused more than 95 percent of cases in Hong Kong.

Ko told the legislature that there had been discussions within and outside the Centre for Health Protection on whether it was time to ask people to wear masks.

But no firm conclusion was reached, he said.

“When everyone puts on a face mask – as in the SARS period – people dare not have close contact,” he added. “They even refuse to shake hands.”

If just about everyone wore a mask, he went on, “it will create isolation in society”, though “it may then be useful” in preventing the spread of flu.

There was also more talk about the current flu vaccine being used.

Although it was recommended by the World Health Organization (WHO, 世界衛生組織 ) for this winter season, it has been found to be largely ineffective because of mutations of the H3N2 virus.

But Ko still urged people to get vaccinated to increase “herd immunity” and to minimise severe complications. As of Sunday, 1 February, 460,000 people had been vaccinated.