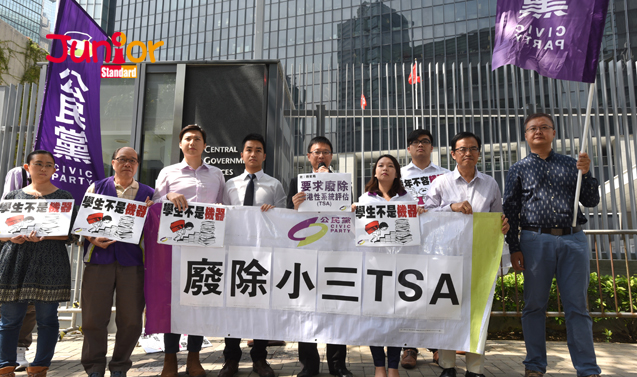 PARENTS are campaigning for the scrapping of the Primary Three Territory-wide System Assessment (全港性系統評估).

They are threatening to flood the Education Bureau (教育局) and school-sponsoring bodies with petitions unless their demand is met.

The TSA tests in primary and secondary schools were launched in 2004 to assess students’ ability in Chinese, English and mathematics. The data is used by the bureau to review the effectiveness of its education policies.

In order to maintain student performances, many schools arrange practice sessions, including extra homework, which puts pressure on both youngsters and their parents.

Clement Kam Yee-ling, a father of two boys, has launched a Facebook campaign calling for the end of the TSA in Primary Three.

Tens of thousands of parents have expressed support to his call in just a few days.

Kam said the assessment violates the original purpose of education and reduces interest in learning, since schools are too anxious about results.

“I think the bureau has not taken its responsibility seriously and we must show our strong dissatisfaction,” he said.

A possible next step is a “one-parent-one-letter” action, with parents sending e-mails to the bureau and schoolsponsoring bodies to ask that the test be scrapped, Kam said.