Japan may halt funds for Unesco 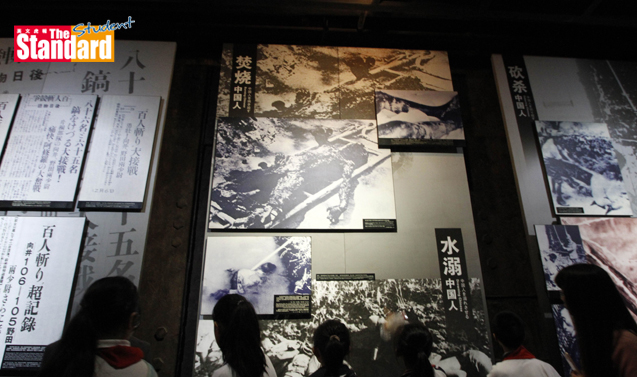 JAPAN (日本) may halt funding for the United Nations Education, Science and Culture Organisation (Unesco, 聯合國教科文組織協會) over the UN heritage body’s decision to include documents relating to the 1937 Nanjing Massacre (南京大屠殺), its top spokesman said, prompting a sharp retort from China, which called the threat “shocking and unacceptable”.

The bitter legacy of Japan’s military aggression before and during World War II (第二次世界大戰) still haunts ties between Asia’s two biggest economies 70 years after the end of the conflict.

Unesco included the dossier submitted by Chinese organisations in the latest listing of its ‘Memory of the World’ programme (世界記憶工程), which is intended to preserve important historical materials.

Japanese Chief Cabinet Secretary Yoshihide Suga (菅義偉) said it was “problematic” that Unesco had made its decision despite the conflicting views of Japan and China. Japan says there are questions about the authenticity of the documents. The panel that made the decision consisted of experts in document preservation, not historians who can check the veracity of the content, a Japanese government source said.

“The government would like to ask for fairness and transparency in the Memory of the World programme so that it would not be used for political purposes,” Suga said.

“As for Japan’s [financial] contribution [to Unesco], we plan to look into all possibilities and revisions, including halting payments,” he told a news conference.

In Beijing (北京), Foreign Ministry spokeswoman Hua Chunying (華春瑩) said there was nothing wrong with the documents or the application process.

Memory of the World
www.unesco.org/new/en/communication-and-information/flagship-project-activities/memory-of-the-world/homepage