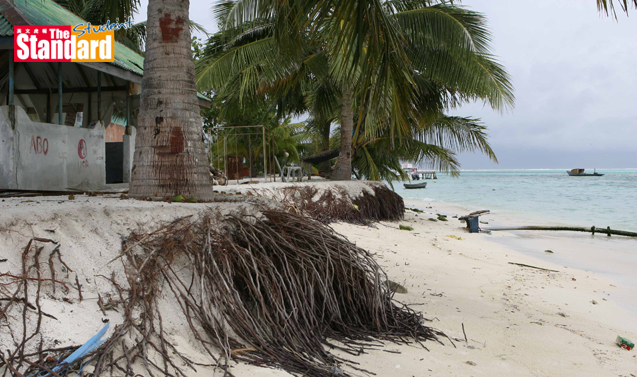 FINANCE ministers from 20 of the countries most vulnerable to climate change launched the ‘V20’ group last Thursday to pool resources for their fight against the impact of global warming.

The group held its inaugural meeting just ahead of a gathering of G20 finance ministers in Peru’s (祕魯) capital Lima (利馬), where economic policy-makers from around the world gathered during the week for the annual meetings of the International Monetary Fund (國際貨幣基金組織) and World Bank (世界銀行).

“We are low- and middle-income, least developed, arid, landlocked, mountainous and small island developing countries,” the group said in a statement.

“Home to close to 700 million people – or approximately one in 10 alive today.... [And] we are united in our shared vulnerability and exposure to climate change.”

The group, which aims to both raise and manage climate funds, agreed to set up a public-private “climate risk pooling mechanism”, a sort of insurance fund for extreme weather events and disasters.

The launch came as the clock ticks down to key United Nations (聯合國) climate talks in December that will seek a comprehensive deal on curbing carbon emissions and saving the planet from the potentially disastrous impacts of global warming.

Funding for poor and vulnerable nations has been a major sticking point in previous climate talks.

Wealthy nations have pledged to come up with US$100 billion (HK$780 billion) a year in financing by 2020. As of last year, they had reached US$62 billion, according to a new report.