Easier road ahead for green cars 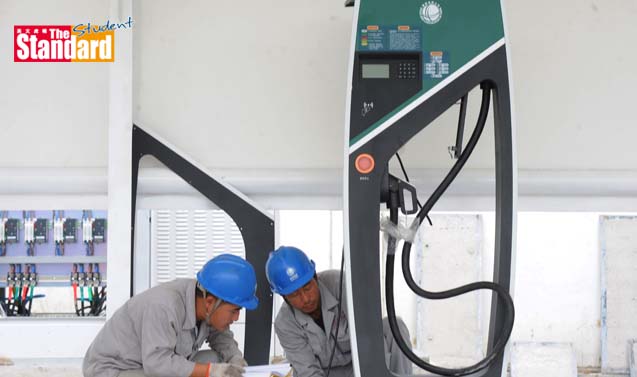 A shortage of charging facilities has long been a roadblock for sales by electric car makers from domestic firm BYD (比亞迪) to US rival Tesla Motors (特斯拉汽車), as well as for government plans to rein in high levels of pollution.

“It’s like with phone chargers, it’s a bit all over the place,” he said. “Everyone has a pile of different chargers and a pile of batteries. Now we’re moving towards unifying and standardising.”

China aims to equip at least one in 10 public car park facilities for electric car charging, Zhung said, adding that the powerful State Council (國務院) would soon issue guidance for the infrastructure roll-out.

Sales of green cars this year have almost quadrupled from the 2014 figure. The government sees electric cars as China’s best shot at closing a competitive gap with global rivals who have a 100- year head start in traditional combustion engines.

China has rolled out aggressive targets for vehicle fuel efficiency that will grow gradually stricter until 2020, when its standards will exceed those of the United States and roughly match Japan’s.