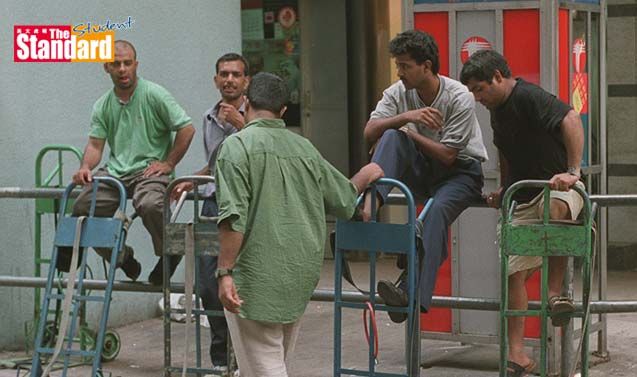 AN increasing number of people from Asia are coming to Hong Kong looking for work instead of seeking asylum or sheltering from wars, according to the Immigration Department (入境事務處).

The department’s assistant director of enforcement and removal assessment, William Fung Pak-ho (馮伯豪), told a TVB programme the department has yet to handle 10,200 non-refoulement claims as at the end of August. This compares with 6,700 outstanding claims in March.

Applicants from India (印度) account for 20 percent of the total while those from Pakistan (巴基斯坦) and Vietnam (越南) make up 19 percent each. Together with Bangladesh (孟加拉) and Indonesia (印尼), these Asian countries make up about 80 percent of all claims for non-refoulement, the practice of not forcing migrants back to a country where they are likely to be persecuted.

“A lot of applicants come from India, Vietnam and Pakistan. We don’t see any Syria-like situations in those countries. There is no war going on there,” Fung said.

“The economy in Hong Kong is better than the neighbouring regions ... here are agencies that persuade people [to come to Hong Kong as asylum seekers], saying they can earn money and make a living in Hong Kong.”

Fung said the department has 194 staff members to handle non-refoulement claims and judicial proceedings. A normal case will take 25 weeks to process, but this can often drag on for years.

He said it will be necessary to introduce laws to address the problem in the long term.

But the department is still learning from the unified screening mechanism of non-refoulement claims it introduced last year.

This combines the application process for refugees, torture claimants and others who would face inhuman treatment if repatriated.

Focus on asylum...
THE lawyer who helped American...