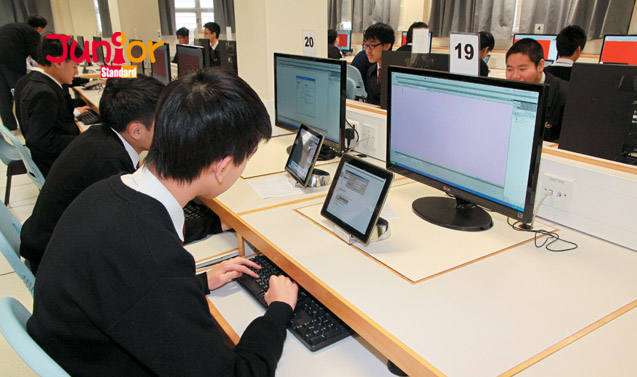 COMPUTERS in classrooms are bad for grades. That is, at least, what one new study found.

The study suggested that big investments by schools, in computers and other technology, do not improve student performances.

On the contrary, places like Hong Kong that do not rely heavily on computers are among top performers in international tests. The Organization for Economic Cooperation and Development (經濟合作 與發展組織) study examined the impact of technology on student performances.

It found heavy spending on IT technology for schools had not led to noticeable improvements in test results for reading, mathematics or science for the past 10 years.

“Where computers are used in the classroom, their impact on student performance is mixed at best,” said OECD education director Andreas Schleicher.

In fact, she said students who use computers very frequently at school do a lot worse in most learning outcomes.

In Hong Kong, students use computers in school for an average of 11 minutes a day, and one computer must be shared by at least two students.

OECD said the best-performing education systems have been very cautious about using technology in their classrooms.

“School systems should find more effective ways to integrate technology into teaching and learning and to invest more effectively in terms of IT integration,” Schleicher said.

But the OECD does not have a conclusion on how computers should be used to greatest effect.