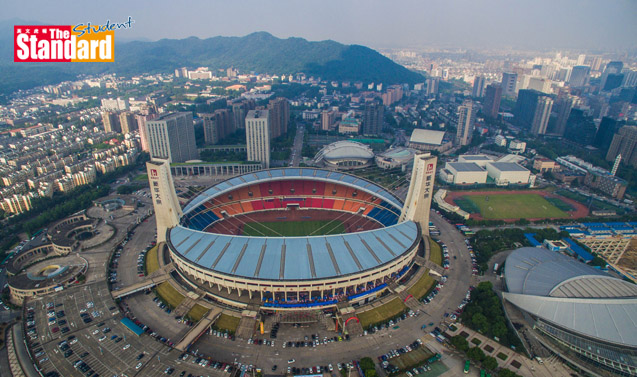 HANGZHOU city (杭州市) has been confirmed as the host of the 2022 Asian Games (亞運會) after its bid was
unopposed.

An Olympic Council of Asia (OCA, 亞洲奧林匹克委員會) spokesman said that the body signed a contract with
the Chinese Olympic Committee (中國奧林匹克委員會) and Hangzhou officials during a meetings in
Turkmenistan (土庫曼斯坦).

“I know it’s the only candidate, but also it has achieved a lot of our goals,” OCA president Sheikh Ahmad al-Fahad
al-Sabah said.

“The Asian Games ... will play a very big role in the development of the city,” Hangzhou mayor Zhong Hongming (
張鴻銘) said.

Hangzhou, the capital of Zhejiang (浙江) province near Shanghai (上海), is well-known for its West Lake tourist
attraction (西湖). It has an ancient history under China’s former imperial dynasties, but has grown rapidly in recent
years, boosted by the country’s economic growth.

The home base of Chinese Internet giant Alibaba (阿里巴巴) will be the third Chinese city to host the Asian
regional games, following Beijing (北京) in 1990 and Guangzhou (廣州) in 2010.

The Asian Games largely follow the sports programme of the Olympics, with swimming and athletics as the core
sports.

With Beijing also hosting the Winter Olympics in 2022, it will be a big year for sport for China.