Plan to shake up state firms 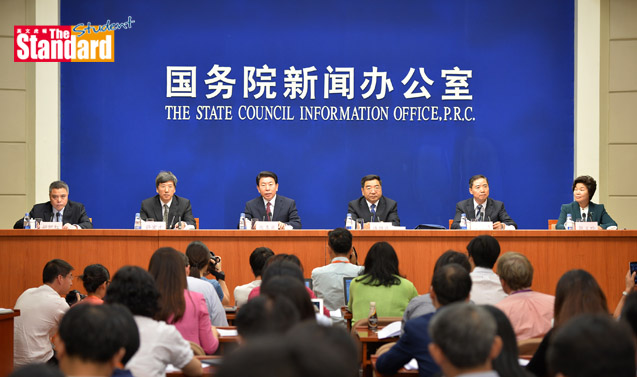 CHINA has unveiled details of how it will restructure its mammoth state enterprise sector, including partial privatisation, as data pointed to a cooling in the world’s second-largest economy.

The guidelines, jointly issued by the Communist Party’s Central Committee (中國共產黨中央委員會) and the State Council (國務院), included plans to clean up and integrate some state firms, the official Xinhua news agency (新華社) said.

Reform of underperforming state-owned enterprises is a pressing need. But if not handled well, the restructuring could lead to massive job losses and social instability.

The government will not force “mixed ownership”, nor will it set a timetable, giving each firm the go-ahead only when conditions are ripe, it said.

“This reform will be positive for improving the impetus of the economy and making growth more sustainable,” said Xu Hongcai (徐洪才), director of the economic research department at the China Centre for International Economic Exchanges (中國國際經 濟交流中心), a Beijing-based think-tank.

State firms will be allowed to bring in “various investors” to help diversify share ownership, including share swaps, and more state firms will be encouraged to restructure to pave the way for stock listings, Xinhua said.

Are we finally seeing a hard economic landing in China?
http://fortune.com/2015/08/13/chinaeconomy-hard-landing