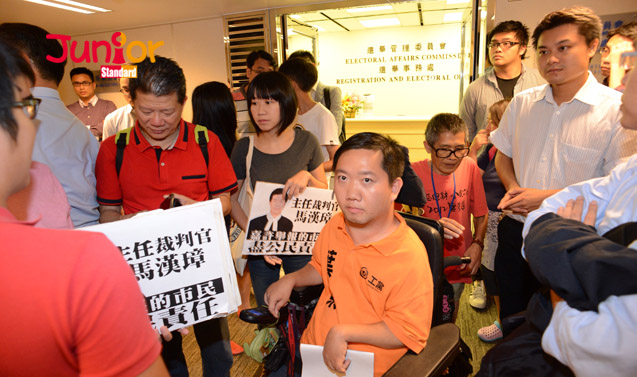 THE courts are recently dealing with numerous complaints about irregularities in voter registrations.

He said the office wasted public money, because some of the problems were just mistakes made by staff of the office or others, and not due to the dishonesty of voters. Among these were a number of cases involving elderly care home residents.

A representative for the Registration and Electoral Office told Ma that it could have been a case of staff or others assisting with registrations.

Complaints involved “forging” addresses, meanwhile, could have been filed by political groups trying to remove the voters who supported the opponents.

In one case, the Registration and Electoral Office received two notifications supposedly from a Kennedy Town resident, claiming he had moved. In fact, the resident was still living there. The Office apologised for typographical errors and staff entering wrong addresses into the computer system.But it said as there are more than three million registered voters the process of verification and handling is complicated.

Energising the ...
FROM the angle of either envir...