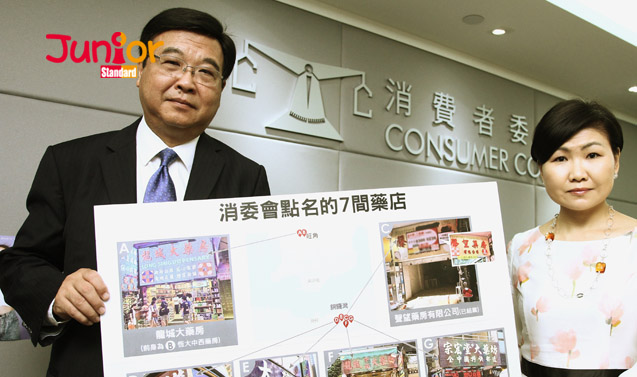 THERE have been fewer complaints from consumers about bad trade practices. But that does not mean all merchants have become honest.

In fact, there are still many “big tigers” out there, and Consumer Council (消費者委員會) chief executive Gilly Wong Fung-han (黃鳳嫺) urged law enforcement agencies to clamp down on them.

In the first seven months of this year, the Council received 1,599 complaints about goods and services. That was a 31 percent drop from the same period last year when there were 2,275 complaints. Wong said some businesses were beginning to show restraint. Yet, “some infamous companies remain”.

She called on law enforcement agencies to fight the “big tigers” – sizable shops that scam people out of a lot of money in very bad ways. Many of these big tigers are medicinal products outlets. Among them, those selling Chinese herbal medicine products were the worst.

The Trade Descriptions Ordinance (商品說明條例) was amended two years ago to expand protection to consumers. The Customs and Excise Department (香港海關) has set up a special team to enforce it.

Until mid-July, there had been 149 prosecutions and 123 convictions. Twelve people were jailed.

She explained that frontline staff who earn more from commissions than basic salary would be tempted to pressure customers.