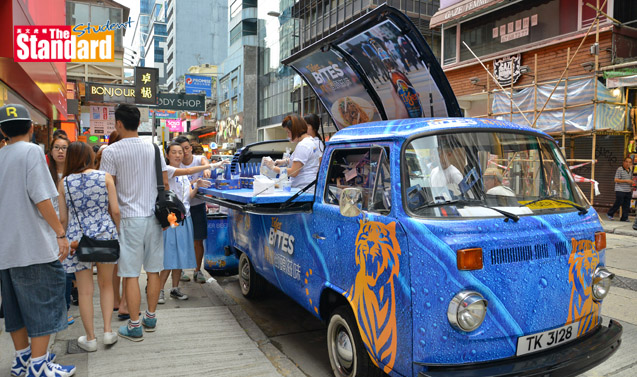 The need for more tourist attractions has become acute following an 8.4 percent drop in visitor arrivals in July. A fall in the number of mainland tourists dragged visitor numbers to 5.8 million. It was the second consecutive fall following a 2.9 percent drop in June.

But, said So, there are still things that can be done to enrich the visitor experience in Hong Kong. On a trip to Australia (澳洲), So visited Sydney (悉尼) which recently formalised a two-year pilot scheme for the operation of nine food trucks.

Hong Kong may consider a pilot scheme on a small scale as soon as possible, he said.

There are two types of trucks: on-street and off-street. The first allows trucks to operate on the street for several hours a day while the second can park at specific locations, usually when there are festivals or mega events. So said he was particularly impressed by a pizza truck that had its own stove.

“Operators of on-street food trucks say there is little room for doing business due to the time constraint,” he said. “It is also difficult to implement in Hong Kong due to our narrow streets.”

The commerce bureau is evaluating the different models, and the necessity of amending laws to bring food trucks to Hong Kong. Under existing laws, there are licences for fixed-pitch hawkers, but they are not allowed to cook food.