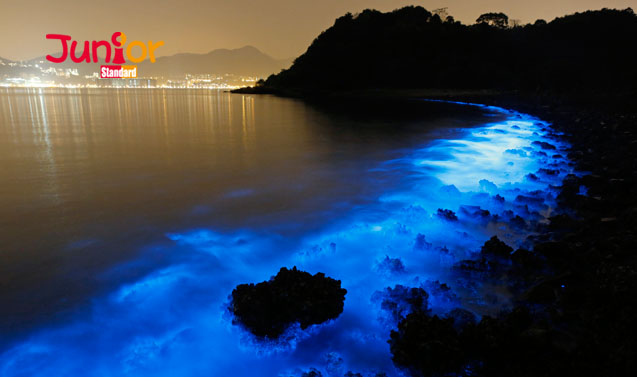 NOT all beautiful things are good – some are caused by pollution!

Environmental groups and residents have expressed concern after droves of sightseers flocked to Tai Po (大埔) in the past few days, hoping to catch a glimpse of the fluorescent blue patches of water known as ‘blue tears’.

Experts said the algae causing the stunning blue glow along the Tai Po shore is a by-product of marine pollution.

People have gathered in Sam Mun Tsai (三門仔) to witness the eerie spectacle in the evenings. This has upset locals who complained about noise and lost stones. Some visitors and photographers have thrown rocks into the water to stimulate the blue glow.

A villager said the rocks thrown away would normally be used as a breakwater to reduce the intensity of waves, and now residents have to find other rocks to rebuild the structures. Other complaints have included the blockage of roads by the visitors’ cars.

Chinese University of Hong Kong (香港中文大學) biologist Chan King-ming (陳竟明) said the blue glow caused by algae is not a new phenomenon in Hong Kong. It belongs in the same category that causes red tide.