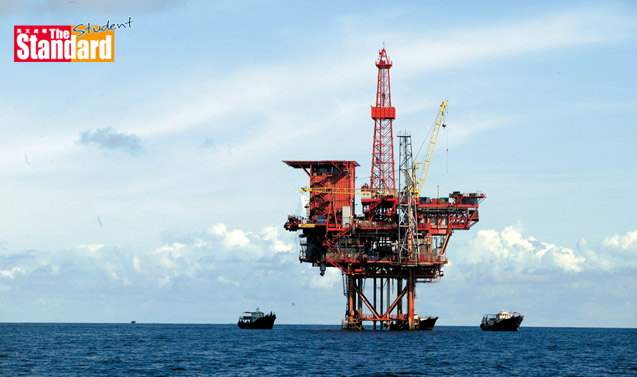 BEIJING (北京) has lodged a complaint with the United States over a US spy plane that flew over parts of the disputed South China Sea (南海) in a diplomatic row that has fuelled tension between the world’s two largest economies.

Friction in the region has grown over China’s land reclamation in the Spratly Islands (南沙群島).

Beijing last week said it was “strongly dissatisfied” after the plane flew over areas near the reefs, with both sides accusing each other of stoking instability.

Foreign ministry spokeswoman Hua Chunying (華春瑩) said on Monday that China has lodged a complaint and that it opposes “provocative behaviour” by the United States.

“We urge the US to correct its error, remain rational and stop all irresponsible words and deeds,” she said. “Freedom of navigation and overflight by no means mean that foreign countries’ warships and military aircraft can ignore the legitimate rights of other countries as well as the safety of aviation and navigation.”

China noted “ear-piercing voices” from many in the United States about its construction on the islands and reefs.

The Global Times (環球時報) newspaper said war is “inevitable” between the two countries unless Washington (華盛頓) stops demanding Beijing halt the building of artificial islands in the disputed waterway.

It said China is determined to finish its construction work, calling it the country’s “most important bottom line”.

China claims most of the South China Sea, through which US$5 trillion (HK$39 trillion) in ship-borne trade passes every year. The Philippines (菲律賓 ), Vietnam (越南 ), Malaysia (馬來西亞 ), Taiwan (台灣) and Brunei (汶萊) have overlapping claims.

The United States has routinely called on all claimants to halt reclamation in the Spratlys, but accuses China of carrying out work on a scale that far outstrips any other country.