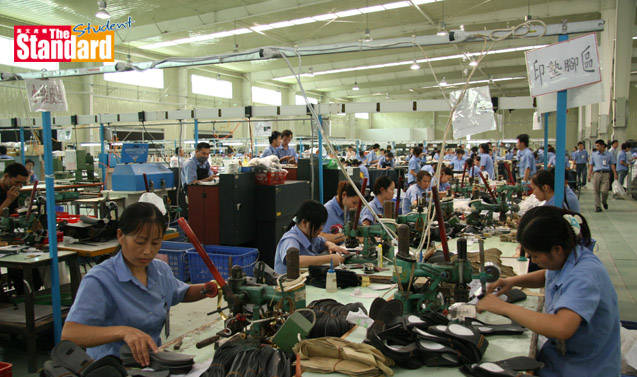 CHINA on Tuesday unveiled a vision for the next stage of its economic ascent, moving from plain manufacturing to a world of prosperity from space, e-commerce, green energy and bioengineering, among others.

Faced by economic growth slumping to its lowest level in decades, and rising wages and resource costs that are eroding its appeal as a low-cost factory for the world, China’s cabinet published its sweeping ‘Made in China 2025’ (中國製造2025) strategy.

Its plan is to promote advanced industry by that year and move the economy away from the low-value manufacturing model that fuelled its meteoric rise over the past quarter of a century.

Manufacturing has helped China “attain major nation status”, yet compared to the world’s leading standards, China’s manufacturing sector “is big but not strong”, the document said.

Dated 8 May and released by the State Council (國務院), or China’s cabinet, the document highlighted manned spaceflight, high-speed rail, bioengineering, materials science, new and green energy, e-commerce, big data and mobile internet as among the high-value industries in which it has had success, or views as areas that merit intensive investment.

The document issued goals for patent applications and research and development spending as a proportion of revenue at large companies, as well as targets for national broadband penetration and for the reduction of water and energy consumption.

“If China didn’t change and followed the original economic development, growth would definitely have to fall,” said Ding Yifan (丁一凡), an economist at the Development Research Center (發展研究中心), affiliated with the State Council.

Premier Li Keqiang (李克強 ) has been among the most vocal proponents of upgrading China’s manufacturing sector.