Study: Singapore top of the class 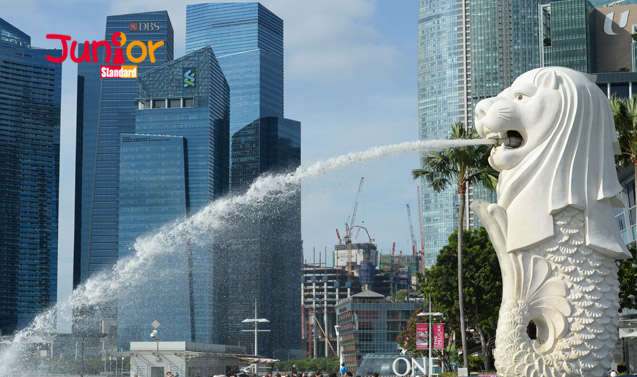 SINGAPORE (新加坡) has pipped Hong Kong for pole position in a study of how schools perform across the world. Hong Kong came second among 76 countries in the study by the Organisation for Economic Cooperation and Development (OECD, 經濟合作及發展組織).

The OECD report, entitled Universal Basic Skills: What Countries Stand to Gain, used data gathered from maths and science tests taken by 15-year-old students in the 76 countries and regions.

Hong Kong scored 558.1 points overall, just slightly lower than Singapore’s 562.5. Although the SAR beat Singapore in science test scores by over three points, Hong Kong was outclassed in the maths results by more than 12 points. Asian (亞洲的 ) countries dominated the top of the list, with South Korea (南韓) at third and Japan (日本) and Taiwan (台灣) at joint fourth.

The five lowest-ranked countries are Oman (阿曼), Morocco (摩洛哥), Honduras (洪都拉斯) and South Africa (南非 ), with Ghana (加納) in last place. Britain (英國) is 20th position and the United States (美國) in 28th. OECD education director Andreas Schleicher said the results showed that the quality of schooling in a country is a powerful predictor of the wealth that countries will produce in the long-term.

Macau (澳門) would have placed eighth on the list with scores of 538 points in mathematics and 521 points in science, but it did not have the relevant gross domestic product data to enter the list.