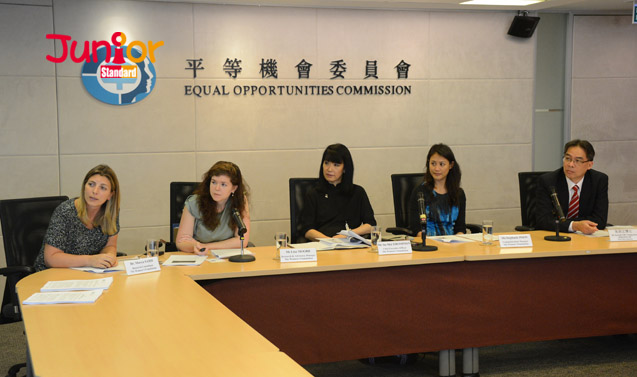 MEDIA self-regulation and literacy programmes should be introduced in schools, a women’s group urged after its pioneering study found gender stereotyping in the media has far-reaching consequences for Hong Kong girls and women.

The Women’s Foundation (婦女基金會) study, funded by the Equal Opportunities Commission (平等機會委員會), was based on a review of more than 20 years of print and non-print media.

One key finding is that gender stereotypes are ‘very prevalent’ in Hong Kong and are exacerbated for both sexes after media exposure. Specific body images, perceptions, attitudes and behaviour are prevalent in the media, yet there are only limited female role models available for women.

In the vast majority of programmes and advertisements, the foundation said men or male voices are featured in roles of authority, while women tend to be in domestic roles.

Women make up just 11 percent of the total director pool of listed issuers, and comprise one-third of senior management roles in Hong Kong. Other findings suggest exposure to sexually explicit materials has harmful consequences for both sexes.

Still, the researchers say more research is needed to understand the breadth and depth of the media’s influence on women. Research and advocacy manager Lisa Moore also called for media literacy programmes in schools, self-regulation, limiting access to pornographic materials and more equal representation of women in TV and film roles.