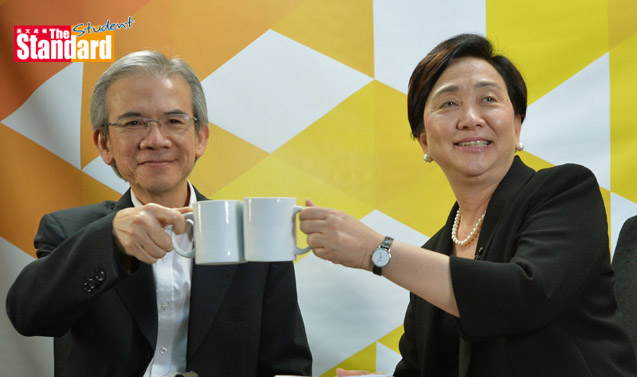 SUPPORT for the government’s political reform proposal is slipping, with the latest poll showing a drop of 2.3 percentage points from the previous survey.

The rolling poll conducted by three local universities from 3 to 7 May showed that only 42.5 percent of nearly 1,160 people support the reform proposal, the lowest level since the surveys were launched late last month.

It also showed 39.5 percent said they are opposed to the reform and 18 percent are undecided. The percentage points between supporters and opponents narrowed to three.

In the previous poll from 2 to 6 May, 44.8 percent supported the proposal, against 38.7 percent opposed and 16.5 percent undecided.

“The officials who are not responsible for political reform have just made the promotion campaign even worse,” said Lau, adding that health secretary Ko Wing-man (高永文) engaging in a verbal tussle with a man on political reform has hurt the campaign.

But Democratic Alliance for the Betterment and Progress of Hong Kong (民主建港協進聯盟) lawmaker Ip Kwok-him (葉國謙) said ministers have the responsibility to promote political reform and he does not believe their community visits have made it worse.

Meanwhile, former chief secretary Anson Chan Fang On-sang (陳方安生) hit out at government officials who signed their names to support a pro-Beijing signature campaign, saying it was “inappropriate and unreasonable”.