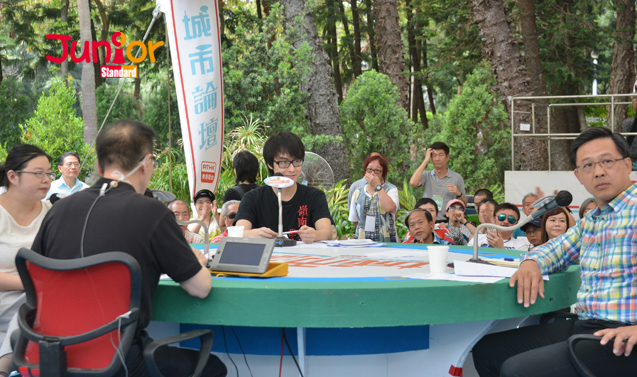 A BAND that performed a song containing foul language did not only insult the police force but may have broken the law, a lawyer says.

But solicitor Junius Ho Kwan-yiu (何君堯), a former Law Society (律師會) president, told City Forum (城市論壇) that the perfor-mance went beyond foul language and violated the expectations of the public.

“I am not merely criticising foul language, or the art of speech or performance. What I want to tell you is about the bottom line of the law,” Ho said.

“The song contains words like ‘triad police’ are rubbish and should be executed. By including such statements you have broken Public Order Ordinance (《公安條例》) section 17B. Not only are the words threatening and insulting, but you have also broken the law,” Ho continued.

Lingnan University Students’ Union had invited the band to perform, prompting university president Leonard Cheng Kwok-hon (鄭國漢) to apologise to the public. He also set up a special task force to look into the incident, and sent a warning letter to the union.

Lau, however, said critics have failed to look beyond the lyrics.

“You are only aware that we are speaking foul language, but you did not ask why we have used such words,” Lau said.