China to cut tax on imports 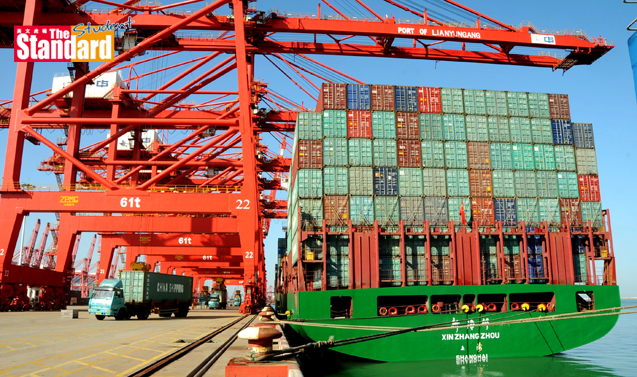 CHINA will reduce import tariffs on some consumer goods by the end of June to help boost domestic spending and support the slowing economy at a time when record numbers of cash-rich Chinese tourists are splurging overseas.

The State Council (國務院) said the decision was made in order to satisfy rising consumer demand but did not specify which consumer goods would benefit or how much tariffs would be reduced by.

Consumers in China generally pay 20 percent more for luxury goods than their counterparts in Europe (歐洲), while Japan (日本) and South Korea (南韓) are also much cheaper shopping destinations due to their weaker currencies, according to analysts.

The move comes as annual economic growth in the world’s second biggest economy slowed to a six-year low of 7 percent in the first quarter, hurt by a housing slump and a downturn in investment and manufacturing.

The statement, released late last Tuesday, also said the government would help Chinese consumers buy foreign goods by increasing the number of duty-free stores at the border, expanding the selection of products sold there and increasing the cap on how much consumers can purchase.

But some analysts said the move may not be enough to spur domestic spending, as many Chinese perceive goods purchased overseas to be of higher quality, while others are eager to seek out new destinations or adventures.

“Mainlanders really don’t like to consume on the mainland as they feel like it’s not classy enough. They think it’s more classy to shop in Milan (米蘭) than in Shanghai (上海) for the same product,” said Walter Woo, an analyst at Sunwah Kingsway Research (新華匯富研究) in Hong Kong.

A crackdown on corruption and extravagant spending has also made Chinese more wary of buying more expensive items at home.

Analysts at UBS (瑞銀集團) said in a research note that while the impact of the moves remains unclear, a lower import tax could lure more global brands to China, adding pressure on domestic companies.

“To defend their turf, the surviving domestic brands must invest more on product innovation and brand building, leading to lower profitability,” they said.