There is no Planet B 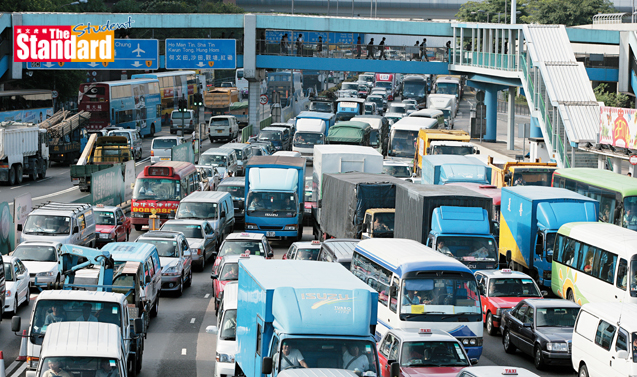 THE climate crisis has brought an unparalleled threat to the world, owing to polar ice melting, sea levels rising, habitat loss and the increasing frequency of extreme weather. To call on the international community to take action against the climate crisis, the United Nations (聯合國) held a climate summit on 23 September 2014 in New York (紐約), inviting more than 120 national leaders, senior government officials and non-governmental representatives to attend.

Before and after the summit was held, about 600,000 people from 166 countries around the world protested on the streets, asking various governments to look at the issue of global warming squarely. Meanwhile 3,000 people poured into Wall Street (華爾街), condemning capitalism as the cause of global warming, not carbon dioxide. How are capitalism and climate change related?

Who should be responsible for carbon emission reduction?
REDUCING greenhouse gases should be the responsibility of all nations, but do they really do what they should?

Economic importance – commitments shelved
IRONICALLY, global carbon dioxide concentration has risen after the signing of the United Nations Framework Convention on Climate Change (《聯合國氣候變化綱要公約》, UNFCCC) in 1992, as the member states (會員國) have not implemented the Convention seriously, which attracted international criticism. The Kyoto Protocol (《京都議定書》), which was signed in 1997 and became effective in 2005, requested 38 countries and the European Union (歐盟) to have stronger controls on greenhouse gas emissions. The ‘World’s number one gas emitter’ at that time, the United States, refused to sign the protocol on the grounds that it would stifle economic development, and the ‘World’s number two gas emitter’ at that time, China, was exempted from the protocol due to its status as a developing country. Russia (俄羅斯) announced its withdrawal afterwards as well. With the premise of economic development, the commitments on gas emissions have been shelved again.

In pursuit of GDP
THE argument of capitalism leading to global warming is nothing new. Four years ago, the president of Bolivia (玻利維亞) mentioned it at an international conference on climate change. Generally speaking, capitalism can indeed be said to be the cause of global warming, since it is a system that constantly pursues profit growth. In order to gain more profits, large enterprises under the system must continue to stimulate or even increase people’s desire for consumption, by exploring new technologies, new inventions and new trends, to generate new profits.

Benefits pushing the environment to the edge
IT seems that capitalism is not only the cause of climate change, but also of other environmental issues, such as grassland desertification and deforestation, both of which are the products of a benefit-based system that leads to excessive economic growth at the expense of the environment.

The United Nations issued the New York Declaration on Forests (紐約森林宣言) at the climate summit, declaring its intention to halve the rate of natural forest loss globally within 10 years and to strive to end natural forest loss by 2030. Their aim was to restore hundreds of millions of hectares of degraded landscape and forestland and to improve the imbalanced environmental development caused by capitalism. Critical questions:
1. How can the way we live and social development affect the environment and the use of energy?
2. How can the general public, organisations and governments respond to the need for sustainable development?
3. Does globalisation bring profits to only developed countries or to all?
4. Discuss your views on how international capital exploits the foundation of development in developing nations.