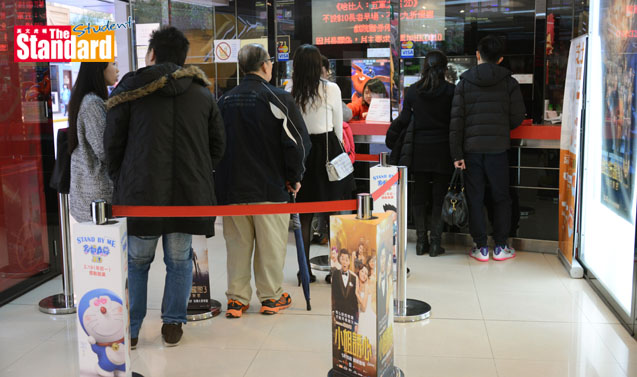 “Going to the cinema is a major form of entertainment for the public. The government will consider reserving space for cinemas in major cultural and entertainment development areas and will explore ways to facilitate cinema development through land sale and planning,” Leung said.

The government will help “showcase and promote the brand of Hong Kong films in the mainland, Taiwan (台灣) and overseas markets, facilitate the participation of local films in international film festivals and help drive Hong Kong’s development as a film-financing platform in Asia (亞洲)”.

Film Development Council (電影發展局) chairman and culture and sports lawmaker Ma Fung-kwok (馬逢國) said he is encouraged by the funding and also the commitment to facilitate the construction of cinemas.

“I do feel very positive because it shows the commitment of the government in terms of policy change and material injection for the local film industry,” Ma said.

“I think that is a great step forward. These new strategies and directions are very encouraging.”

Ma said the council has struck an agreement with the West Kowloon Cultural District (西九文化區) to have a film component included in the development, which will see space reserved for screenings and festivals.

The cash injection is less than the HK$300 million promised in 2007, but Ma said he is not concerned about this.

“This is a little bit smaller and people may worry about this, but I see it from another angle. The HK$200 million is good for two to three years, maybe four years maximum.

“The government didn’t say they won’t re-inject more money. As council chairman, I won’t care about the total amount. What I care about is year to year.”

He added, “If we run out of funds, the government should give us more.”