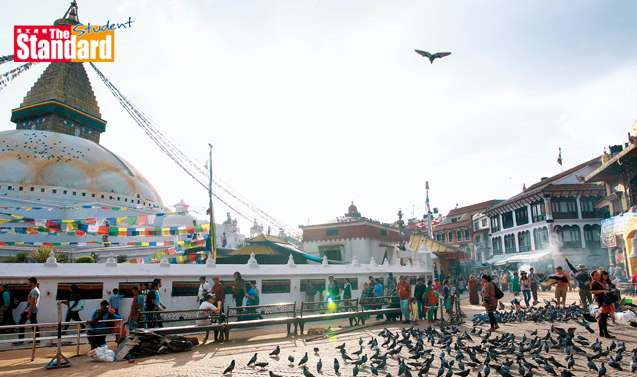 AS the death toll from Nepal’s (尼泊爾 ) devastating earthquake climbed past 5,000, with a further 6,500 injured, aid workers and officials in remote, shattered villages near the epicentre pleaded for food, shelter and medicine.

The small airport in the capital of Kathmandu (加德滿都) was congested and chaotic on Monday, with some flights forced to turn back early in the day.

Buildings in parts of the city were reduced to rubble, and there were shortages of food, fuel, electricity and shelter. As bodies were recovered, relatives cremated the dead along the Bagmati River (巴格馬蒂河), and at least a dozen pyres burned late into the night.

Conditions were far worse in the countryside, with rescue workers still struggling to reach mountain villages two days after the earthquake.

Some roads and trails to the Gorkha (廓爾喀) district, where the quake was centred, were blocked by landslides.

“There are people who are not getting food and shelter. I’ve had reports of villages where 70 percent of the houses have been destroyed,” said Udav Prashad Timalsina, the top official for the Gorkha region.

World Vision (世界宣明會) aid worker Matt Darvas arrived in the district in the afternoon and said almost no assistance had reached there ahead of him.

Newer concrete buildings were intact, Darvas said, but some villages were reported to be devastated. He cited a “disturbing” report from the village of Singla, where up to 75 percent of the buildings may have collapsed and there has been no contact since Saturday night.

The quake was the worst to hit the South Asian (南亞) nation in more than 80 years. It was felt across parts of India (印度), Bangladesh (孟加拉國), China’s region of Tibet (西藏), and Pakistan (巴基斯坦).

The quake has strained the resources of this impoverished country best known for Everest (珠穆朗瑪峰), the highest mountain in the world.

The economy of Nepal, a nation of 27.8 million people south of the mountain, relies heavily on tourism, principally trekking and climbing.