Looming crisis for the World’s Factory 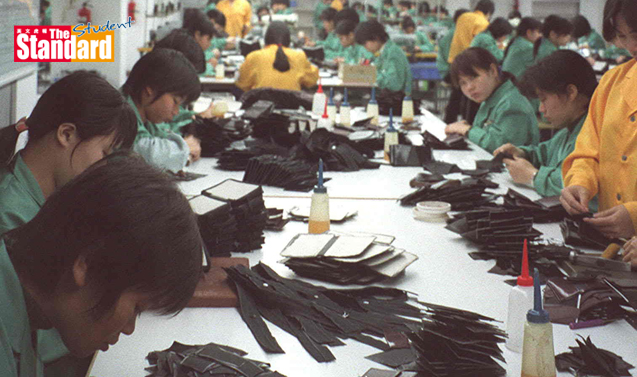 China is called the ‘World’s Factory’ because of its robust manufacturing sector. These industries have created many jobs and helped the country rake in mammoth revenues. But clear signs of trouble are emerging as the country continues to develop

RURAL migrant workers are the key force that has driven China’s rapid economic growth. They even made runner-up in Time magazine’s ‘Person of the Year’ in 2009.

The magazine noted that China was able to maintain strong economic growth in that year, while the rest of the world was reeling from the shock of the financial tsunami. The mainland’s workers should get credit for making that happen.

But there are signs that the mainland’s status as the world manufacturing giant is being shaken.

About two or three years ago, factories in the Pearl River Delta area started to close down.

Recently, a manufacturer of Nokia phone parts in Jiangsu and a factory that made screens for Apple mobile devices ceased operation. Factory failures mean job losses.

Paradoxically, there is a labour shortage at the same time. A Dongguan manufacturer told the media that it was hard to recruit even at higher salaries.

What are the problems that are hitting the World’s Factory?

In it, he argued that if labour supply was unlimited, businesses would expand their scale of operation indefinitely. This would spur rapid economic development.

China has a big labour force, with 270 million rural migrant workers who had been employed at low wages for a long time.

But the situation has changed since 2007, as wages have started to rise steeply – at an average annual rate of 14 percent.

Labour force contracts year after year
THE departure of multinational companies is bad news for the World’s Factory.

But this is inevitable. Companies move their production lines to places with cheaper costs when their profit margins are eroded by fast-rising wage levels, caused by labour shortage.

There are also developments that have added to the production costs in China. These included the appreciation of the yuan and improved legal protection of worker rights under the Labour Law of the People’s Republic of China (中華人民共和國勞動法), such as regulation of overtime work payment.

Flagging economies respond to China
SINCE the 2008 financial tsunami, the world economy has been in recession. Full recovery is not in sight, and certain European countries are even on the brink of bankruptcy.

Recently, a number of countries have cut interest rates or allowed their currency to depreciate, to increase the competitiveness of their products to spur export.

But the yuan is going in the opposite direction. Its appreciation has weakened the competitiveness of Chinese products. When ‘Made in China’ is no longer synonymous with low prices, there will be fewer orders for goods.

Meanwhile, in a bid to revive their economy, some countries are trying to entice their companies to move production lines in China back home.

For example, US President Barack Obama has introduced a range of initiatives to enhance the competitiveness of local businesses. These include a US$100 million (HK$780 million) apprentice programme to sharpen the skills of workers. New jobs have thus been created.

China products lack quality assurance
CHINA products are cheap, but not always good. In fact, poor quality has been a chronic complaint of goods made in China.