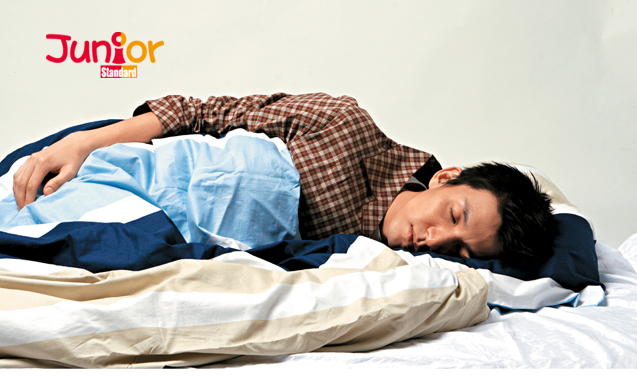 HONGKONGERS may not be sleeping long and well enough. Most are in bed before 1am and awake by 8am. But many may not sleep for as long or as well as doctors recommend.

Still, Hong Kong ranked 17th in the global survey about sleep quality on a list compiled by the Swedish (瑞典的) smart-phone app Sleep Cycle, with people in bed at 12.55am on average and waking at 7.57am. Within that period they get six hours and 39 minutes of quality sleep.

Mainlanders have better sleep and rank second on the list, bedding down at 12.32am and rising at 7.42am. Slovakians (斯洛伐克人) enjoy the best quality sleep with an average six hours, 57 minutes. Hungarians (匈牙利人) are third, followed by the Czechs (捷克人) and then the Poles (波蘭人).The Taiwanese (台灣人) are the second-best Asians (亞洲人) after mainlanders at number seven.

Sleep Cycle gathered data of more than two million users from 1 June last year to 31 March this year. That led to a programme taking in 941,329 people aged 18 to 55 in 47 countries.

The study also indicated that people in 58 percent of countries experiencing the best sleep quality on Wednesdays. Predictably, a majority (71 percent) of the world wakes in the best mood on a Saturday. It is also the day people wake later. The world wakes up the earliest on Mondays.

A Department of Health survey in 2011 found more than 35 percent of those surveyed slept less than seven hours per night.