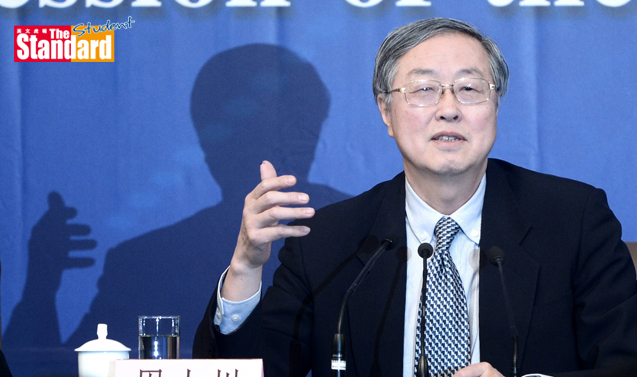 CHINA’S central bank has cut by one percentage point the level of funds that commercial banks must hold in reserve – the second such move this year to boost lending.

It is the sharpest cut since the start of the financial crisis in 2008.

It will also give a 0.5 percent cut to certain banks that give agricultural or small-business loans. The cuts will “further enhance the ability of financial institutions to support restructuring”, the PBOC said.

The reduction in the reserve requirement ratio (RRR) – the amount of cash banks must keep on hand – follows a similar move in early February, which was the first across-the-board cut since May 2012.

The cut came just after central bank governor Zhou Xiaochuan (周小川) said the world’s second-largest economy has scope compared with other nations to ease its monetary policies – though it would not necessarily take advantage of it.

Xie expects the central bank to maintain loose monetary policy, which could see the interest rate lowered in the second quarter followed by cutting the RRR twice in the second half.

Yang said the measure would push up share prices this week of banks, securities firms and property developers.