Berries tested for hep A 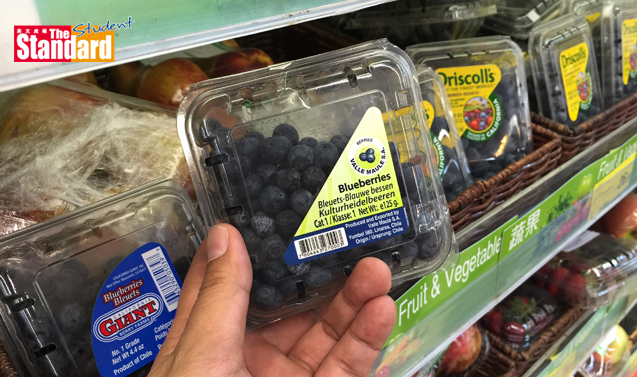 THE Centre for Food Safety (食物安全中心) began testing berries sold in Hong Kong for hepatitis A last Thursday, amid a sudden spike of the viral infection.

The move comes after the Centre for Health Protection (.生防護中心) said there have been 64 cases of hepatitis A, comprising 32 males and 32 females aged 11 to 83, as of last Wednesday.

Of the 64 patients, 19 had consumed various types of berries.

The virus is usually transmitted by a faecal-oral route, either through contaminated drinks or food such as shellfish, or from person to person. Once patients recover from hepatitis A they retain lifelong immunity.

The Centre for Food Safety said 1,800 berries and small fruits, including 380 blueberries, were inspected in the past three years. All of them passed chemical and other tests.

Secretary for Food and Health (食物及衛生局局長) Ko Wing-man (高永文) said there is no proof to link the 64 cases of hepatitis A to the consumption of berries. “ Epidemiological investigations up to this stage have failed to identify or link up a particular source of infection.”

Ko said shellfish and seafood, which are not properly washed or cooked, pose a higher risk for hepatitis A infection.

He advised the public to wash blueberries and other berries thoroughly before eating.

The scare comes two months after an outbreak in Australia that infected two dozen people.

It was traced to blueberries that were grown in China and Chile (智利) before being packed in a Chinese plant and sold in Australia (澳洲) as frozen mixed berries.