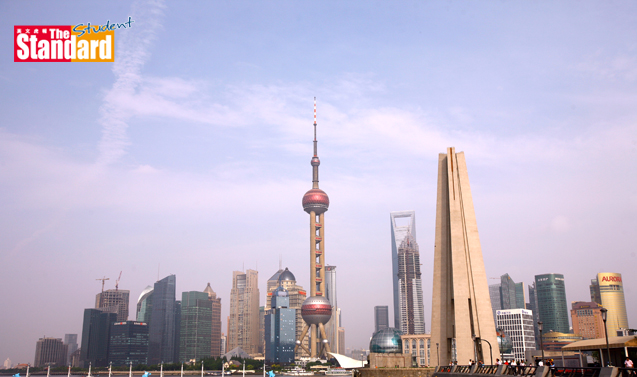 CHINA’S economic growth slumped to a six-year low as manufacturing and retail sales cooled in the first quarter, stepping up pressure for Beijing (北京) to keep its overhaul of the world’s second-largest economy on track.

Growth declined to 7 percent from the previous quarter’s 7.3 percent, official data showed last Wednesday. That was China’s weakest performance since the global financial crisis, when growth fell to 6.1 percent in the first quarter of 2009.

Much of the decline has been self-imposed as the leaders try to steer China to more sustainable growth driven by domestic consumption following the past decade’s explosive expansion based on trade and investment. But an unexpectedly sharp downturn over the past year has fuelled fears of job losses and social tensions.

“China’s economy is slowing at a rate with which the government is probably uncomfortable,” said Tom Rafferty of the Economist Intelligence Unit (經濟學人智庫) in a report.

Beijing has cut interest rates twice since November and launched targeted measures to help exporters and other industries. But economists note China still depends on state-led construction spending and other investment for nearly half its economic growth.

“We still are relying on a traditional growth engine, and that is declining,” said a spokesman for the National Bureau of Statistics (國家統計局), Sheng Laiyun (盛來運), at a news conference. “We are in transition between the old and new growth models.”

Last Tuesday, the country’s top economic official, Premier Li Keqiang (李克強), warned at a meeting with businesspeople and economists that China faces increased “downward pressure”, according to a report on the State Council’s (國務院) website.

Li called for regulatory changes to nurture new industries, improve efficiency and generate jobs, the report said. It made no mention of possible short-term stimulus measures.

“The adjustment needs support from consumption while the economy adapts to slower investment,” said Andrew Colquhun of Fitch Ratings (惠譽國際信用評級) in a statement. “It’s sobering that the economy has become so reliant on construction and real estate to generate jobs.”

Chinese leaders have repeatedly affirmed their commitment to a ‘new normal’ of slower growth. They say their priority is to make the economy more efficient and productive.