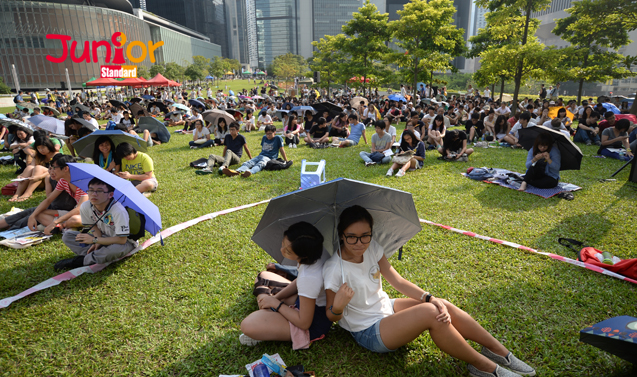 ALMOST one in three young adults is dissatisfied with the current situation in Hong Kong, a poll by Hong Kong Ideas Centre (香港集思會) shows.

But while the survey of 1,505 people aged between 15 and 39 conducted by the private think tank between January and March found discontent with social conditions among 29.8 percent of respondents, only 9.8 percent were disappointed in themselves.

The sense of social grievance was highest among those in the 20-24 age group, at 42.7 percent. That discontent dissipated a little with age, registering among 37.9 percent in the 30-34 age group and 26.2 percent for those aged from 35-39.

In its report, ‘Situations and Aspirations of Youths in Hong Kong’ (《香港年青人的處境和訴求》 ), the centre urged the government to face up to the needs of younger people.

Executive director Anna Lai Wong Oi-ling (黎黃靄玲) said the survey shows that youths care more about society than their personal situation. She added that about one fourth of those polled said they will join the Occupy Movement (佔領運動) if it took place again.

Lai said the government can improve the situation by appointing more young people to various advisory boards. She believes this will help them improve living conditions.

The survey found that action was wanted in three areas: “suppression of flat prices and rents”, “building more public and subsidised units” and “increasing the total supply of housing”.