How to ensure food safety? 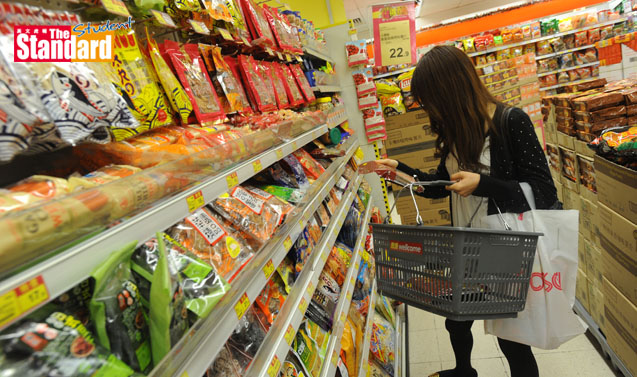 ‘Black-hearted food’ in mainland China has been a worrying issue for many years. But what exactly are the problems and what can be done to improve them?

FOOD safety problems in the mainland are hardly anything new. Businesses are regularly accused of ignoring safety standards for greater profits. Rapid urbanisation and industrialisation pollutes the environment, and toxic pollutants enter the food chain, harming consumers’ health. Hong Kong, which relies heavily on the mainland for imported food, is inevitably affected by its ‛black-hearted food’. The Student Standard answers three big questions about this alarming issue.

Q: What food safety problems is China facing?
Black-hearted food
Agriculture in the mainland is facing many problems. These are collectively labelled the Three Rural Issues (三農問題). They include dwindling manpower and land. This has prompted farmers to use chemicals to boost yield. “Reform and opening up” emphasises economic growth. To yield greater profits, some unscrupulous food merchants have resorted to using harmful ingredients to cut costs.

Genetically modifying foods can increase yield, but their long-term effects on the human body are not yet fully known.

Rampant corruption
The mainland has laws on food safety, but there is a heavy “human element” in their implementation. Collusion between officials and businessmen is not uncommon. With official “protection”, violators can also escape punishment.

The deterrent effects of the present laws are still not enough. Some unethical businessmen are willing to take their chances and continue to make and market sub-standard food.

How does Hong Kong conduct food inspections and gate-keeping?
Imported food
Hong Kong imports most of its food as we do not have a robust agricultural industry. The mainland is our most important food source. Certain high-risk imported foods, like milk, dairy products, frozen confections, game, meat and poultry are all subject to special controls.

For example, importing game requires the prior permission of the Food and Environmental Hygiene Department (食物環境衛生署). Importing meat and poultry is confined to sources recognised by the department.

Inspection and laws
Inspections are conducted at import, wholesale and retail levels. Testing reports are posted online as public information. The food laws prohibit and publish the import, export and the sale of bad food. All import and distribution businesses have to be registered. All food importers are required to keep records so the source of imported food can be easily traced.

How does Hong Kong conduct food inspections and gate-keeping?
Mainland
Increase deterrents: increase the penalties in the Food Safety Law, such as bigger fines and longer jail terms.

Media monitoring: Encourage the media to aggressively expose black-hearted food operations, and to educate the public.