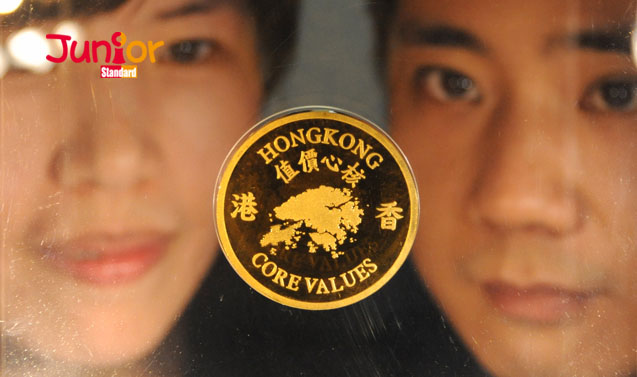 With such a financially competitive society, one could believe that money is the only thing that motivates Hong Kong people. But there are other factors at work, even if they are not always expressed out loud

WE Hongkongers project a certain image – we are obsessed with making money. There are many reasons why we project such an image. When new homes are put on the market, we see people lining up outside the sales office overnight – or even for days – so that they can get to buy a unit or units for speculation. Some line up just so that they do not miss out.

People also scramble to buy the newest model of smartphone to sell on for a profit. Stock brokerage shops are always filled with people who want to make a quick profit by day-trading stocks. And many office workers buy and sell stocks online while they are working.

The true picture
HOWEVER, money is not the priority for most Hong Kong people. A recent survey showed people care more about the rule of law, fairness and justice, freedom and democracy, which are common Hong Kong core values.

Hong Kong people do have ideals, and are willing to stand up for what they believe in. We clearly see this in the many social movements people take part in, such as the recent Occupy actions and the yearly 4 June memorial vigil.

We may not always mention them explicitly, but how we behave is, to a large extent, governed by our values. Values are important because they give us reference for what we think is good, beneficial, important, desirable and useful.

For example, if you broke a piece of equipment in your classroom and no one knows, would you tell your teacher? If honesty is an important value to you, you would come clean even if you might be punished.

A materialistic life
PEOPLE who are excessively concerned with money and material possessions are called materialistic. A materialistic approach to life could be undesirable. The saying that having money does not necessarily mean happiness is true.

If you choose a university programme just so that you may have a high-paying job at the end of it, you would very likely end up with an unfulfilling life because you would not like, or may even hate, your job.

Fact Box
Universal Values
These include ideals of peace, freedom, social progress, equal rights and human dignity – values that are common to the whole world.

UN documents
The Charter of the United Nations (聯合國憲章) and the Universal Declaration of Human Rights (世界人權宣言) are important international documents setting out universal values.

Basic rights
Hong Kong people’s rights and freedom are protected by the Basic Law. Most of the related provisions are under Chapter III of this mini-constitution.

Value formation
Family, parents, teachers, peers, the media and major events all have major influences on the formation of personal values.

Depression
Studies have shown that people who place a high value on wealth, status, and material possessions are more depressed, anxious and less sociable than those who do not.