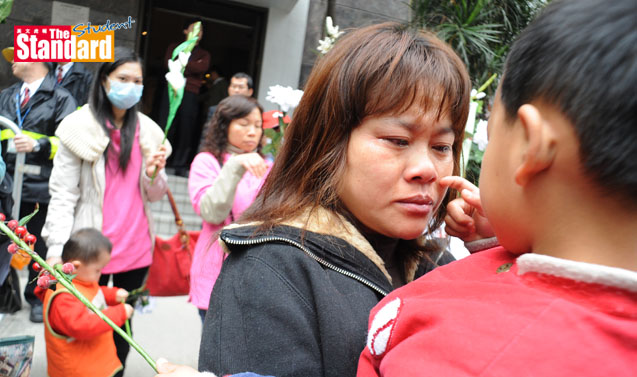 THE Security Bureau (保安局) is considering introducing administrative procedures to allow new migrants and children born in Hong Kong, but whose parents are mainlanders, to choose to return to the mainland.

Under the so-called return mechanism being planned by the central government, such returnees will have to give up their residency in Hong Kong.

The Immigration Department (入境事務處 ) is considering administrative procedures that would allow mainlanders with one-way permits to give up their residency in the SAR, according to a source close to the Security Bureau.

The source said mainland authorities may require the returnees to sign a document indicating they have surrendered their Hong Kong residency for them to obtain their household registration, or hukou.

The source added that if these mainlanders change their minds and want to return to Hong Kong in future, the Immigration Department will transfer their cases to authorities over the border.

The Hong Kong Federation of Trade Unions (香港工會聯合會) has been receiving requests for help from new migrants who find it difficult to adapt to life in Hong Kong.

Many claim they face discrimination, while others hold professional qualifications not recognised in Hong Kong, making it hard for them to earn a living in the event of separation from their spouses.

There are currently about 200,000 children born in Hong Kong whose parents are mainlanders.

In the last academic year, about 20,000 mainland children had to cross the border daily to be able to study in Hong Kong schools.

Those who choose to attend schools in the mainland have to pay high fees.

However, many of these children are not the first child of their parents, which is against the mainland one-child policy implemented since 1980 and which was eased only at the end of 2013.