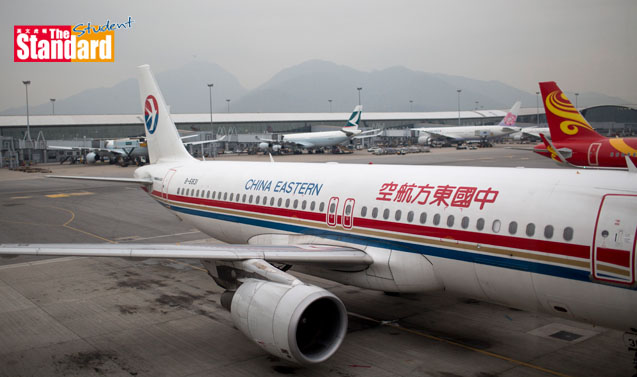 UPSET by a delayed flight, at least two Chinese passengers decided to open emergency exit doors in protest as the plane was taxiing, forcing it to abort take-off and landing them in jail instead, police said on Sunday.

The latest in a growing number of air rage cases involving Chinese travellers happened in the early hours of Saturday morning in the southwestern city of Chengdu (成都), after the China Eastern (中國東方航空) flight was delayed by a snowstorm.

Angry passengers complained about the delay and a lack of ventilation, and a man surnamed Zhou opened three emergency exits to prevent the plane from taking off, forcing it to return to the gate, according to state broadcaster China Central Television (CCTV, 中國中央電視台).

A total of 25 passengers – all part of a single tour group – were held for questioning while the rest continued on to Beijing aboard a separate flight.

Kunming (昆明 ) police said in an online statement that Zhou and a tour guide named Li have been placed under 15-day “administrative detention”.

The plane’s ventilation system had been turned off for 30 minutes during de-icing work to prevent fumes from entering the cabin, a China Eastern maintenance engineer told CCTV. Although the co-pilot had been dispatched to explain, passengers remained irate even after the plane left the gate, reports said.

“Opening those doors was extremely dangerous because there was nothing to protect passengers from the force of the engines,” he said.

China’s fast growing air travel market has already become the world’s second biggest, but heavy traffic and tight military control of airspace have given it the world’s worst record for flight delays.

The National Tourism Administration(國家旅遊局) said it had ordered its Beijing and Kunming offices to carry out further investigations, suggesting more passengers could be implicated.

The names of all those found to have been involved would be placed on a ‘national uncivilised traveller record’, to be distributed to travel related businesses around the country.

Names can remain on such lists for up to 18 months, during which travel agencies can decide whether or not to accept listed travellers.