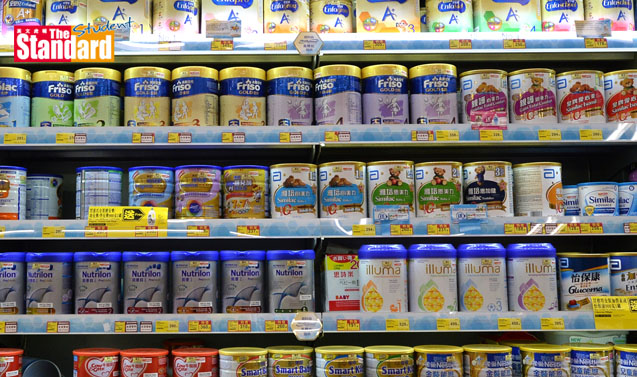 NUTRITIONAL and health claims used to promote infant formula will be banned under proposals unveiled last week by the government in an effort to encourage breastfeeding in Hong Kong.

Statements on nutrient content and nutrient comparative claims, such as describing the milk as an ‘excellent source of vitamins’ and ‘the food can increase DHA level’ respectively, would be banned for infant formula and breast milk substitutes for children up to one year old under the moves.

A three-month consultation exercise was launched last week on the proposed regulatory framework on nutrition and health claims by the Food and Health Bureau (食物及.生局), Food and Environmental Hygiene Department (食物環境.生署) and the Centre for Food Safety (食物安全中心).

Undersecretary for Food and Health (食物及.生局副局長) Sophia Chan Siu-chee (陳肇始) said the regulations aim to step up protection of infant health, and prevent false claims that may influence mothers in deciding not to breastfeed.

“Milk formulas or some of the foods for infants are the sole range of food for infants.

“Therefore it is really important that we make sure that these infant formulas or infant foods are regulated properly.”

Only 2.3 percent of Hong Kong babies are being exclusively breastfed by the age of six months, according to Unicef’s (聯合國兒童基金) Baby Friendly Hospital Initiative (愛嬰醫院運動).

The bureau is also proposing to ban health claims relating to reducing disease risk in all sorts of baby food including infant formula, follow-up formula and prepacked foods for infants and children under 36 months.

But nutritional claims and nutrient function claims will be allowed in prepacked foods since their consumption is not considered essential as their targets are children above the age of six months but under 36 months, who are progressing to a regular adult diet.