Turn on and tune in 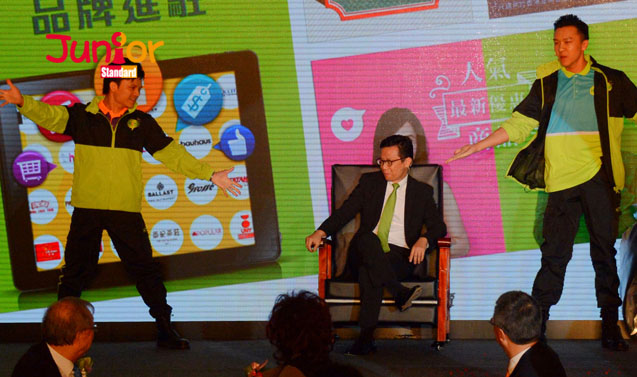 There is a new television station in town – Hong Kong Television Network (HKTV). It gives viewers an additional choice, but will it help improve local programme quality in the long run?

HONG KONG only has two licensed free to-air television stations at the moment – Television Broadcasts Ltd (TVB) and Asia Television Ltd (ATV). Cable TV and Now TV offer a wide range of programmes but charge subscription fees. Not everyone can afford or is willing to pay.

Despite the rise of the information technology age, television is still high up on the list of preferred home-time entertainments. So it is important that we have access to good programmes. Over recent years, many viewers have found that the quality of local productions has been deteriorating.

One reason for this may be because ATV has not been able to provide serious competition to market leader TVB, so the latter has no incentive to improve its programmes.

A third choice
THE government had been reluctant to grant new free to- air television licences, saying that no airwaves were available. The deadlock was finally broken when three companies applied for new licences a few years ago, all proposing to transmit primarily via fixed networks.

Two were approved, but the one created by Ricky Wong Wai-kay (王維基) was rejected. So the telecom mogul instead launched a new television service, Hong Kong Television Network, which broadcasts online and does not need a licence.

Many hailed HKTV as the long-awaited third choice for viewers, and are hopeful that it will enliven the lacklustre local television industry.

Survival of a TV operation needs good programmes as well as a viable business model. ‘Details’ such as broadcast mode, staffing and promotion can be devilishly hard to get right. But Wong said he has a sound business strategy, focusing on grabbing viewers from the 80 percent of the population that are not staunch followers of existing free TV stations.

Competing with the internet
PARENTS used to worry about their children watching too much television, now their biggest worry is too much time on the computer. In fact, not only children, but many adults are spending their free time on computers rather than watching television.

35%
Total advertising expenditure in Hong Kong was HK$36 billion in 2011, with TV holding close to 35 percent of the spending on media.

Regulator
Television broadcasting in Hong Kong is regulated by the Communications Authority, an independent statutory body.

700 channels
Hong Kong viewers have access to over 700 local and overseas television channels in various languages through free-to-air terrestrial and satellite reception or pay television services.

Profit drop
TVB is listed on the Hong Kong stock exchange and reported a 9 percent drop in profits during the first half of 2014 – from HK$930 million to HK$844 million.

Online fun
The number of people using the internet for online digital entertainment has increased from 1.47 million in 2007 to 3 million in 2012.